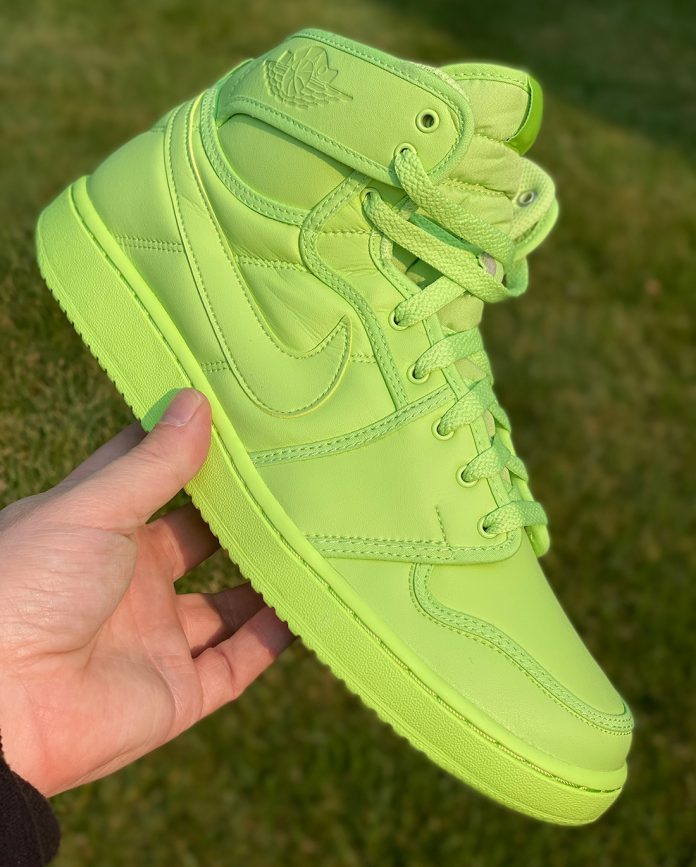 Grammy Award-winning artist Billie Eilish and Jordan Brand have teamed up to release a special edition Air Jordan 1 KO, which will be part of a larger collection including apparel and accessories.

This offering of the Air Jordan 1 KO is fully dressed in a “Ghost Green” colorway similar to to Don C’s Jordan Legacy 312, which was one of her favorite pairs. Some of the key details includes her Blohsh emblem on the tongue replacing the traditional Nike Swoosh logo, while having a co-branded BILLIE EILISH Jumpman insignia printed on the insoles.

Look for the Billie Eilish x Air Jordan 1 KO to release on September 30th at select retailers and Nike.com. Stay tuned for more updates to come.

UPDATE 6/23: According to zsneakerheadz, the Billie Eilish x Air Jordan 1 KO is set to release on September 9th alongside the Air Jordan 15.

New Balance Enters The Ring With Their Own Foam-Constructed Clog