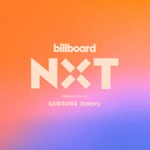 For Billboard NXT, Billboard and Samsung Galaxy have joined together to find the next great unsigned talent — and after artists across the country entered in hopes of competing for the top prize, Billboard has chosen a dozen rising stars to participate in the first-of-its-kind singing competition.

After Billboard NXT kicked off on TikTok in September, artists created their best :60 cover of the new song “Out Out” by Joel Corry & Jax Jones featuring Charli XCX and Saweetie, and posted to TikTok with the hashtag #BillboardNXT. The 12 multi-talented artists selected from the hashtag challenge will now participate in new challenges that express their artistry, creativity and live performance skills. All challenge videos will be captured on the new Samsung Galaxy Z Flip3 5G, a phone designed for capturing moments, expressing yourself and socializing.

So who are the 12 contestants? Each is an unsigned artist who has been making their own music in a wide array of genres, from disco-pop to Americana to R&B. And each will bring those enormous talents to the Billboard NXT competition, where they will be ranked weekly on a custom Billboard chart. The three top-performing contestants will become finalists, and will be paired with one of three superstar celebrity mentors: Charli XCX, Anitta and Todrick Hall. Each will perform at the competition’s Grand Finale, a livestreamed event on Billboard.com, and the winner will receive a Billboard cover, a music video, studio time to record a first single and tickets to the Billboard Music Awards.

Before their new challenges kick off, get to know each of the 12 contestants in Billboard NXT below:

Amir Brandon is a 28-year-old pop/R&B artist who makes music “music for lonely people” inspired by his own experiences with heartbreak, navigating the music industry, and the challenges he’s faced in embracing who he is. Brandon posts both upbeat originals and pop mashups to his TikTok account, which has accumulated 57K followers.

A graduate from Berklee School Of Music, Betty Reed hopes to either write songs for other artists or land a record deal of her own. “I have released several singles and an EP, showcasing my ability to write and perform across musical genres within the adult contemporary space,” says the 27-year-old Nashville-based singer-songwriter.

Bronze Avery is a 27-year-old singer-songwriter and producer who has racked up nearly half a million likes on TikTok. Avery not only remixes popular tracks from current pop divas, the triple threat also writes and records show-stopping original tracks, as well as produces music videos.

Jessica Bartlett is better known as Celia Inside, a 32-year-old singer-songwriter in NYC who posts original tracks in addition to stripped-down covers and duets on her socials. “I got my start in a band back in Boston, left to go solo, and now I’m here, finally figuring out how to really win in music!” she says.

Originally trained in ballet, James The Seventh began releasing songs after an injury suffered in 2020 prevented him from dancing. “During the five months that I couldn’t walk, my dad bought me a guitar during lockdown, in hopes it would help me out of my sadness from losing my first love, ballet,” says the Pittsburgh-based singer-dancer. That gift, says James, “led me into singing, songwriting, and producing.”

Jayne Rio began live-streaming concerts on Twitch in early 2020; since then, the 35-year-old singer-songwriter has constantly created musical content, belting out both heartfelt covers and original songs. The latter highlight their deeply personal experiences: “I would love to advocate for mental health since I was diagnosed with ADHD and bipolar 2,” says Rio. “I wrote a song about my mental health journey called ‘Self-Interrogation,’ and I hope that, one day, one of my songs will make it on the Billboard charts.”

Jordan Occasionally not only writes dreamy disco-soul tracks, but the 23-year-old singer and activist from Memphis creates mashups of current pop hits that have garnered over 1 million views on TikTok to date. Jordan was raised around funkadelic and soulful sounds, elements that are all over their own original singles.

Mackenzie Johnson is a 28-year-old hailing from Philadelphia who makes acoustic pop songs in addition to belting out intricate covers of stripped-down, slow pop ballads. “I got my start making cover videos,” says Johnson, “and have since garnered 635K [followers] and over 70M views.”

A 28-year-old songwriter and producer from Raleigh, mreens hopes to explore different genres, and experiment with new sounds. “I’ve been playing piano and writing since I was little,” says the artist born Marina Pappas, “but have been taking my music to the next level over the past few years.”

A 24-year-old singer-songwriter from Long Island, Serpenta has a background in musical theater, but grew up listening to a wide array of artists, from classic rock to mainstream pop. Serpenta has just started releasing her own soulful tracks that have acquired over 15K likes on TikTok.

Influenced by ‘90s R&B, Sophia Marks’ music blends soulful vocals over pop melodies. “I speak fluent Portuguese,” says the 24-year-old pop/R&B artist from South Florida, “and like to incorporate the language into some of my lyrics, as it is a big part of who I am!”

“During the pandemic, I created a singing TikTok account, which has gained over 550K supporters now!” says Soukhya, a singer from the Bay Area who is trained in Indian Classical music. In 2020, Soukhya became the first Indian woman to sing the National Anthem at an NHL game. As her own half-million followers, she says, “I am so thankful for each and every one of them.”