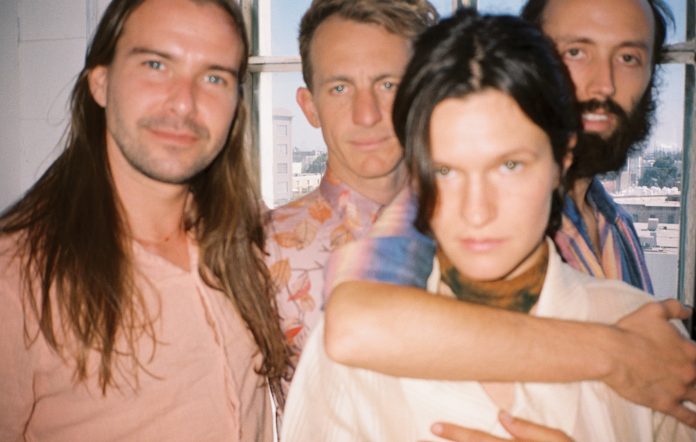 Big Thief have announced details of a new 20-track double album – ‘Dragon New Warm Mountain I Believe In You’ will come out in February via 4AD.

READ MORE: Adrianne Lenker: “Writing feels like a loving gesture towards myself”

The record was first touted in a recent interview with vocalist Adrianne Lenker, and is being previewed by new single ‘Time Escaping’, which can be heard below. It follows the band’s two records from 2019, ‘U.F.O.F.’ and ‘Two Hands’.

Discussing the new album, Lenker said: “One of the things that bonds us together as a band is pure magic.

“I think we all have the same guide and none of us have ever spoken what it is because we couldn’t name it, but somehow, we are all going for the same thing, and when we hit it… we all know it’s it, but none of us to this day, or maybe ever, will be able to articulate in words what the ‘it’ is. Something about it is magic to me.”

Listen to ‘Time Escaping’ below:

‘Dragon New Warm Mountain I Believe In You’ has been teased with a number of tracks across 2021. Recently shared singles ‘Little Things, ‘Sparrow’ and ‘Certainty’ will all appear on the forthcoming record, alongside their most recent track, album opener ‘Change’.

See the artwork and tracklist for ‘Dragon New Warm Mountain I Believe In You’ below. The album can be pre-ordered here.

Big Thief’s previously-announced UK and European tour will commence in January. They’re due to play three nights at the O2 Shepherd’s Bush Empire in London between March 2 and March 4.

Share
Facebook
Twitter
Pinterest
WhatsApp
Previous articleLargest US radio network to only play re-recorded versions of Taylor Swift songs
Next articleArwind Santos vows to give his all at NorthPort, tells loyal SMB fans to ‘move on’