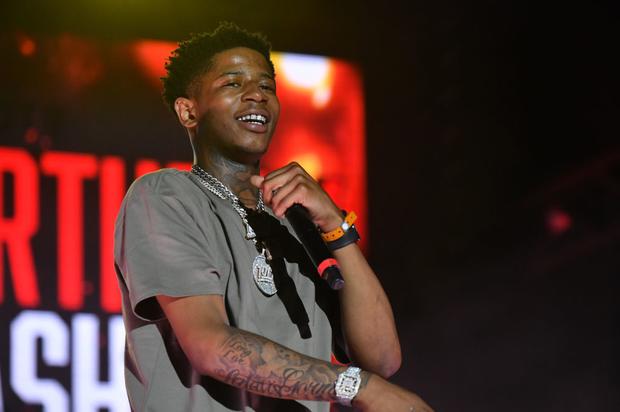 The latest XXL Freshman 2022 inductee to drop off their freestyle is Memphis’ own Big Scarr, who showed off his skills by crafting bars about his growth and progress as a rapper.

“Whoa, know they ain’t stoppin’ my legacy / N*gga throw shots and they think I ain’t catchin’ it,” the 22-year-old spits with confidence for the camera, letting his unique cadence shine. “Richest young n*gga, got the hook and my section lit/Walk in the mall, like I’m pick store a shopping fit, tryna invest in some property.”

“Look like a gang leader, this shit like Monopoly / Havin’ my way, ain’t no stoppin’ it,” the 1017 Records star’s braggadocious bars continue. “Gotta thank God that I made it out poverty / Long way from kilos and robberies / Pockets on swole like I just hit the lottery / Now every day, it’s a shopping spree.”

Though his talent is obvious, as it turns out, Big Scarr’s passion for rap is relatively new. It was his friend and fellow artist Baby K who put him on to making rhymes, which resulted in his first song, “Make a Play” dropping in 2019 and unexpectedly rising to success on YouTube.

The following year, he signed to Gucci Mane’s label and has since gone on to drop mixtapes like Big Grim Reaper as well as the deluxe cut, Big Grim Reaper: The Return.

Other big hits for the lyricist include “SolcyBoyz 2” featuring his cousin, Pooh Shiesty alongside Foogiano and Tay Keith, “Fantasy” with Offset, “Frozone,” and “Traphouse.

Check out Big Scarr’s XXL Freshman freestyle below, and tap back in with HNHH later for more hip-hop news updates.