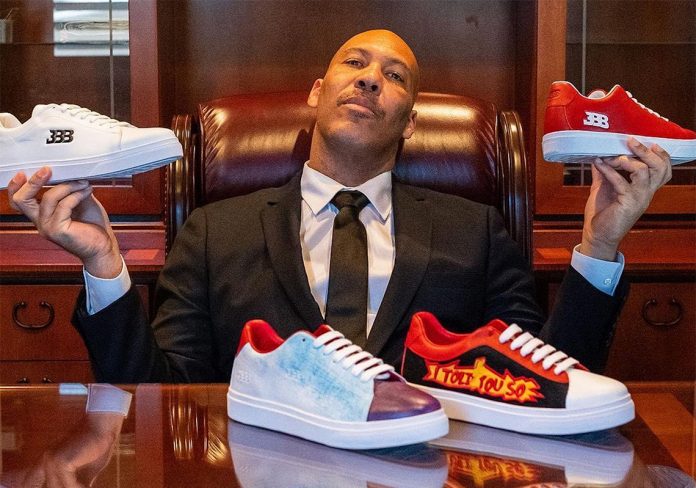 At one point the most talked-about figure in all of professional sports, Lavar Ball is back in the mix as he announces the return of Big Baller Brand footwear to the fold. No longer offering signature shoes for his sons Lonzo or LaMelo as the two are signed to Nike and Puma, respectively, Big Baller Brand is now focusing on lifestyle footwear billed to be “designed and inspired by LiAngelo Ball”. As the lone Ball brother not employed by the league, LiAngelo is free to peddle his wares to the public, and with prices inflated to $695 up to $895, it seems that the Big Baller Brand hasn’t really learned their lessons from their initial foray in the footwear business back in 2018.

Big Baller Brand made the most headlines when it dropped a pre-order of Lonzo Ball’s first signature shoe that was priced at $500. It later released another model, the Z02.19, for a more reasonable $200, although that figure is high considering the market for performance basketball shoes. Based on the prices of the available models, BBB is now aiming at the luxury lifestyle footwear market, offering premium Italian leather on a basic tennis shoe mold for $695. The model aptly dubbed the “I Told You So” demands another couple hundred, although the design could barely win second place in a design contest intended for third graders in summer camp.

Lavar’s timing, however, is on point. The Ball family is trending once again as LaMelo and Puma officially unveiled their first signature shoe, the MB.01. Why not steal some of that thunder (and uptick in Google searches) and drop some new shoes of their own?

If you have $695-895 to spare, consider donating to a local charity, or save up. If you truly give zero f&$*s, then buy them here. In other Ball brother news, check out Puma’s LaMelo Ball shoes that are scheduled to drop in December for $125.