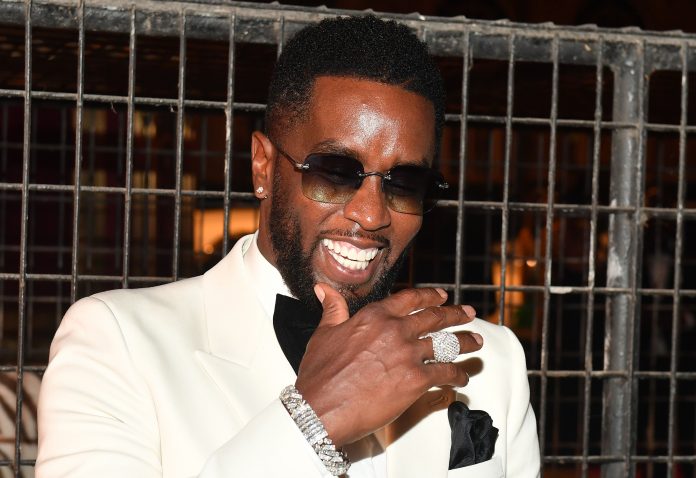 Yung Miami when she sees Diddy hooking up with Joie Chavis on his yacht pic.twitter.com/bGtja2Yyjj

At the tender age of 51, Diddy is still boppin’ around town with younger baddies like super sexy hot girl Joie Chavis who was spotted canoodling with the zillionaire mogul on a yacht in Capri, Italy just weeks after he seemingly romanced City Girl Caresha and a former boo thang (or something).

You may know Joie as the unproblematic mother of Future and Bow Wow’s children who appeared to enjoy herself on the lavish vacay exclusively reported by The Shade Room.

In the now viral photos, Diddy is in full Brother Love mode with the sun-kissed model/dancer/fitness influencer who clapped her ‘kini-clad cakes in a video posted on her Instagram page.

Caresha why you holding hands with diddy girl? You got a secret to tell or sum? 🤔🤨🤨 @YungMiami305 pic.twitter.com/m7GjgPWZKo

This comes after Diddy was linked to City Girl Caresha after posting a photo of them holding hands during Pee Thomas’ extravagant birthday bash.

Fans caught Caresha seemingly slipping after she shared a video of her comfortably seated in Diddy’s lap and sipping out of a bottle of his branded Tequila, Deleon. The video went live on her story for nearly 3 minutes before it disappeared.

Some suspect the footage was meant for her “close friends” on the app and not for the rest of us to see but it was way too late.

Over the next few weeks, whispers about their somethingship grew louder and louder as Caresha Yung Miami twerked poolside and gave him a shout-out on IG for his Vanity Fair cover story, tagging him on Instagram.

Now, a month later, Diddy appears to have moved on with Joie in the latest chapter of his never-normal love life.

Do you think this is something or a whole lotta nothing? Tell us down below and peep the funniest (and messiest) reactions to Diddy & Joie yacht romance on the flip.

Share
Facebook
Twitter
Pinterest
WhatsApp
Previous articleSorry, Not Sorry: Paul Pierce Still DGAF About How Anyone Feels About His Smoking-With-Strippers IG Incident
Next article“Brat Loves Judy” Exclusive: Love Has Da Brat Hustling HARDER To Get Out Of Bankruptcy! [VIDEO]