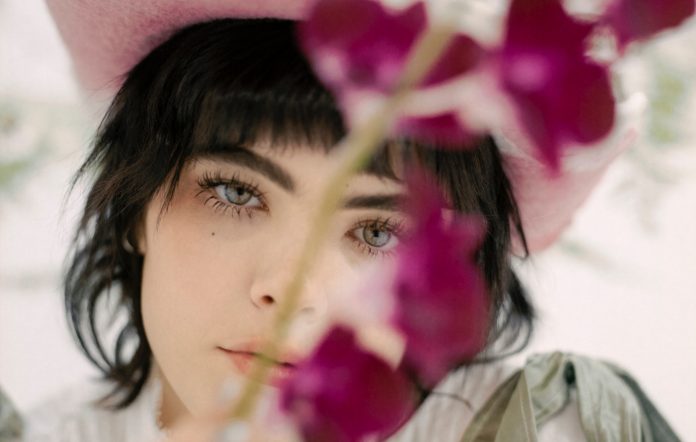 Released today (October 28), ‘Doesn’t Matter’ is a pensive slow-burner that sees the singer-songwriter bare her soul with raw, honest musings on her mental health. Over a bed of warbly shoegaze guitars and a notably dry, pared-back drum beat, she sings: “Maybe I’m consumed by my mental / Does it hurt me? / Maybe, oh well / If I medicate would it help me? / Cause I’m hurting / I feel unwell.”

Take a look at the lyric video for ‘Doesn’t Matter’ below:

“It seems like a very long time since I’ve released any music,” BENEE said in a press release. “This year has been very difficult for me and many other people, and I’ve had times that I’ve really felt my lowest. I wrote ‘Doesn’t Matter’ during one of these periods when I felt truly overwhelmed, anxious, and stuck.

“I was diagnosed with OCD, which actually helped me understand myself better. This song ponders on what it would be like to feel truly carefree and how much easier life would be. Sometimes, it’s hard for people who don’t suffer from anxiety or depression to really understand what it’s like for us.

“People telling you not to worry or saying ‘It doesn’t matter’ don’t understand that it’s not that simple. Having had help to learn how to deal with my own anxiety and depression, I want others to know that there is a way through.”

The singer-songwriter first hinted at ‘Doesn’t Matter’ in an Instagram post commemorating World Mental Health Day (October 10), sharing a series of photos taken after she’d cried with a heartfelt caption that read, in part: “I’m still navigating my own mental health journey but I’m so glad that ppl are finally starting to talk more openly about their own struggles.

“There are so many bootiful ppl out there and life can be SOOOO good- it really pushes me to keep trying to feel better.”

‘Doesn’t Matter’ is BENEE’s first original single since the release of her debut album, ‘Hey u x’, last November. In addition to her viral hit ‘Supalonely’ (with which she made her TV debut on The Tonight Show With Jimmy Fallon), it featured the singles ‘Night Garden’, ‘Snail’, ‘Plain’ and ‘Happen To Me’.

NME gave the record a four-star review upon release, with writer Caitlin O’Reilly calling it “the sound of a pop star who’s resolutely herself”, and noting that “underneath the consistently catchy choruses, there’s a sense of unease; the jazz-inspired vocal riffs of ‘Night Garden’ featuring Kenny Beats & Bakar paint a picture of paranoia, whilst ‘Happen To Me’ soundtracks sleepless, anxious nights.”

BENEE followed up ‘Hey u x’ with a lo-fi cover of the Gotye track ‘Somebody That I Used To Know’, celebrating the smash hit’s ten-year anniversary. Earlier this month, she linked up with Nashville pop artist Dreamer Boy for the joint single ‘Are You Letting Go?’.