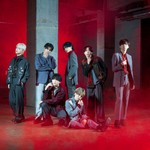 BE:FIRST’s “Gifted.” bows at No. 1 on this week’s Billboard Japan Hot 100, dated Nov. 1 to 7, coming out on top after one of the closest races between two songs since the inception of the chart.

“Gifted.” ruled four metrics of the chart’s methodology this week — radio airplay, downloads, streaming, and video views — while the song at No. 2, INI’s “Rocketeer,” ruled three — physical sales, look-ups, and Twitter mentions. The difference between the two tracks was a mere 509 points, with “Gifted.” gaining a slight advantage with the points it collected in the metrics not mentioned above.

Breakout singer-songwriter Yuuri’s “Dryflower” extends its stay on the Japan Hot 100 to 54 weeks since it debuted in November last year. This week, as the tallying of the 2021 year-end chart looms around the corner, the monster hit song holds at No. 3, still racking up points in downloads, video, and karaoke.

Meanwhile, the rising 27-year-old artist’s new single “Betelgeuse” debuts at No. 8, coming in at No. 22 for streaming, No. 4 for downloads, and No. 21 for video. This song is being featured as the theme of a well-received Fuji TV drama series called “Super Rich” starring Noriko Eguchi, and it will be interesting to see if the popularity of the drama will help its theme song become another long-running hit for the “Dryflower” singer.