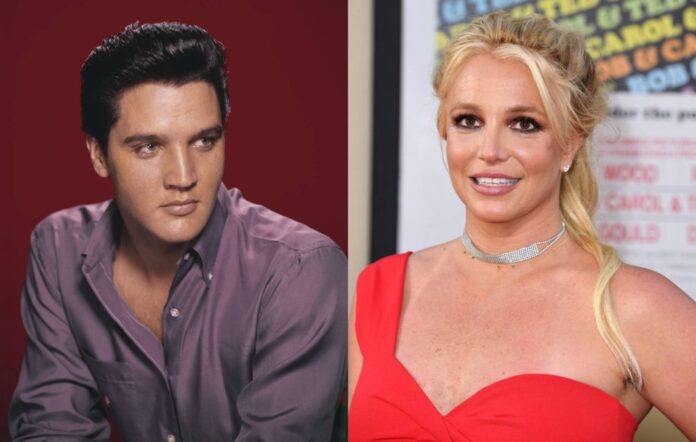 Luhrmann’s new Elvis biopic features a version of ‘Viva Las Vegas’ mashed up with Britney’s 2003 hit ‘Toxic’, but the version was left off the film’s official soundtrack.

Now, in a new interview with Rolling Stone, Luhrmann said it was his “commitment” to try and get the version of the song released.

“There’s a lot of love, a lot of intense love for the Britney/Elvis track in the movie, and it’s my commitment to try [to release the song],” Luhrmann said.

Last month, Britney teamed up with Elton John for the new single ‘Hold Me Closer’, a reimagining of John’s 1971 classic track ‘Tiny Dancer’. The track marks the first material from Spears since her 2016 album ‘Glory’ (an outtake from that record, ‘Swimming In The Stars’, came out in late 2020).

Writing on Twitter ahead of the song’s release, the pop star – whose controversial 13-year conservatorship was terminated last November – said she felt “kinda overwhelmed” as she prepared to make her musical comeback. “It’s a big deal to me!!!” she wrote.

During a new interview with The Guardian, John has now spoken about his experience of working with Spears on ‘Hold Me Closer’ in the studio.

“We had to get her to approve what she did,” he told the publication. “She’s been away so long – there’s a lot of fear there because she’s been betrayed so many times and she hasn’t really been in the public eye officially for so long.

“We’ve been holding her hand through the whole process, reassuring her that everything’s gonna be alright.”

Reviewing Baz Luhrmann’s Elvis, NME wrote: “Though it plays like a glitzy musical in the mould of Bohemian Rhapsody, Elvis also works as a much-needed lesson about America’s cultural history. Some of the best moments see the star interact with his biggest influences – such as Little Richard ripping through ‘Tutti Frutti’ in a dingy backroom bar; or B.B. King providing a calm refuge (and some sage advice) when the attention starts to overwhelm him.

“Elvis owes his legacy to Black music – and Luhrmann is sure to namecheck as many of those rock and roll pioneers (Big Mama Thornton, Sister Rosetta Tharpe, Arthur Crudup) as possible, often with well-cast cameos.”