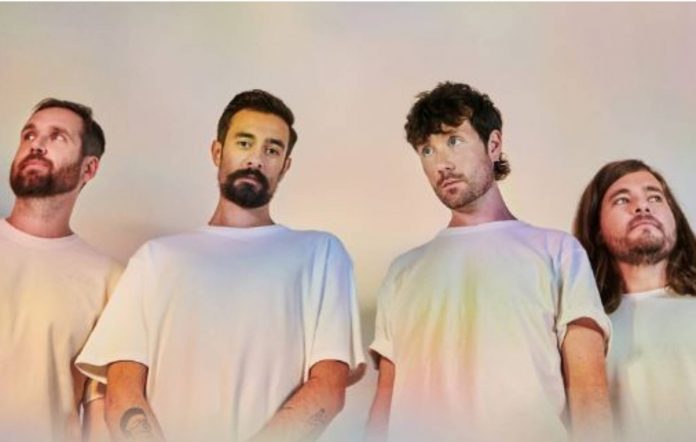 Bastille have announced a string of tour dates across the UK, as well as two European dates, in support of their recently announced fourth album.

READ MORE: Bastille on pushing the boundaries: “We’ve always done whatever the fuck we want”

The band revealed details of new record ‘Give Me The Future’ last week (October 19), set to arrive on February 4, 2022 and described as “a tribute to humanity in a tech age” that “reflects on the strangeness of living through times that can feel like science fiction.”

Speaking about the forthcoming tour dates in a new statement, Bastille singer Dan Smith said: “We’re all massively excited to head out on tour with this new album that we love.

“After everything that’s happened over the last couple of years, we’re buzzing to play for everyone at these brilliant venues and can’t wait to have some fun back on the road again… here’s to gigging in 2022.”

We’ve massively excited to announce the first leg of the GIVE ME THE FUTURE TOUR 2022.

Pre-order ‘Give Me The Future’ from our official store to get access to pre-sale UK tickets before the general on sale on 5 Nov ∞ https://t.co/4c1eBSb3UE pic.twitter.com/SnZ6RqDr0P

‘Give Me The Future’ has already been preceded by recent singles ‘Bad Days’, ‘Distorted Light Beam’, ‘Thelma + Louise’ and the album’s title track.

“Working on these songs in such an apocalyptic period, with everyone stuck at home, glued to screens, fed into the feeling that what is real and what is not has become pretty difficult to discern sometimes,” Smith said of the new record in a press release.

“We’re in the age of deep fake, fake news and lying world leaders. But online, you can be anyone. What that does to our sense of self and to our relationships is huge and it’s fascinating.”