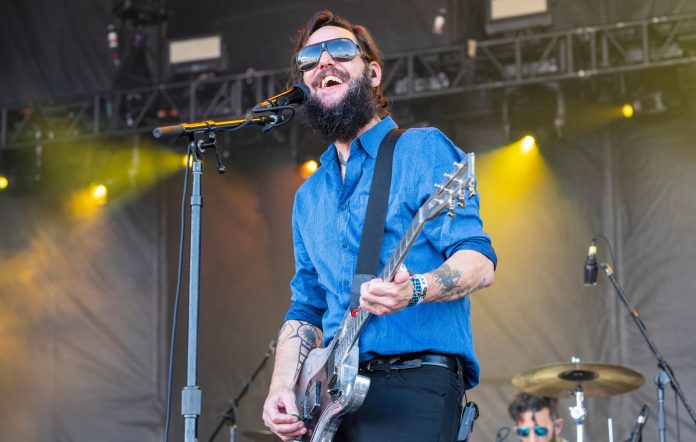 Band Of Horses have announced a UK/European headline tour for 2022 – you can see the full schedule below.

The South Carolina-based group will hit the road next February in support of their sixth album ‘Things Are Great’, which is due to arrive on January 21. Tickets go on general sale at 9:00am BST this Friday (October 29) – get them here.

Kicking off in Oslo, Norway on February 22, the band’s European run of shows will also include stop-offs in Stockholm, Copenhagen, Amsterdam, Nijmegen, Groningen, Antwerp and Paris.

Band Of Horses will then visit the UK, taking in dates at Manchester’s Albert Hall (March 7), Glasgow’s Barrowland (March 8) and London’s Roundhouse (March 10). Further European gigs are scheduled throughout the rest of the month, concluding with an appearance in Lisbon on March 26.

You can see the full list of concerts on the official tour poster below:

The band marked the announcement of ‘Things Are Great’ – the follow-up to 2016’s ‘Why Are You Ok’ – by sharing its lead single, ‘Crutch’.

Frontman Ben Bridwell explained of the track: “I think like a lot of my songs, ‘Crutch’ starts with something from my real life. Obviously ‘Crutch’ means some of the things that I was dependent on. My relationship for one. I think I wanted to say, ‘I’ve got a crush on you,’ and I thought it was funny how relationships also feel like crutches.”

He continued: “I feel like everybody has had a time when nothing goes right and you still have to carry on. I think that feeling hits you in this song even if you don’t know what the specifics are.”

Back in 2017, two members of Band Of Horses – guitarist Tyler Ramsey and bassist Bill Reynolds – departed the group within hours of one another. Ramsey left to pursue a solo career, while Reynolds shifted his focus to record production and photography.