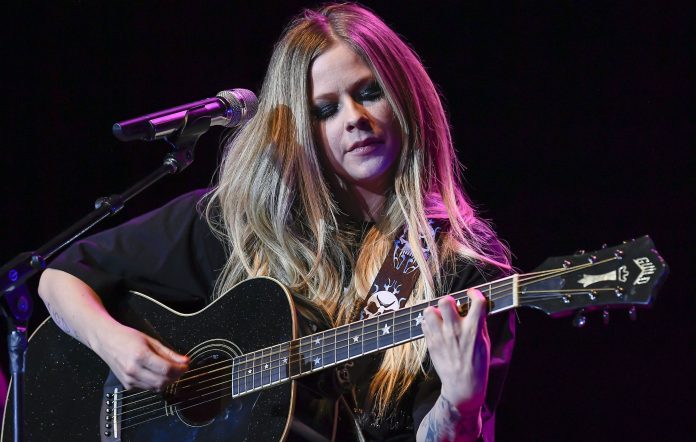 Avril Lavigne has announced a UK and European tour for 2022 – check out the full schedule below.

The Canadian singer-songwriter will hit the road next February for shows in Amsterdam, Munich, Milan, Berlin, Vienna, Paris and other cities.

Lavigne will touch down in the UK on March 25, when she’ll take to the stage at the O2 Apollo in Manchester. She will then play at the O2 Academy Brixton in London across three consecutive nights (March 27/28/29).

“Fuck yeah, I’m going on tour!” Lavigne wrote as the caption to the official tour poster, which you can see below. Tickets are available here.

Lavigne will presumably have new music to showcase, having confirmed earlier this year that her seventh album was “done”.  She said the follow-up to 2019’s ‘Head Above Water’ would be out “for sure [by] summer”, though it did not yet materialise.

It came after the artist shared an image of herself in the studio with Machine Gun Kelly. “So are we ready for new music in the new year or what?” she asked fans in the caption. “Lemme know.”

Over the summer, Lavigne teamed up with Willow on the latter’s single ‘Grow’. It also features Blink-182 drummer Travis Barker.

Avril Lavigne was forced to cancel her planned 2020 and 2021 European tours due to the coronavirus pandemic.