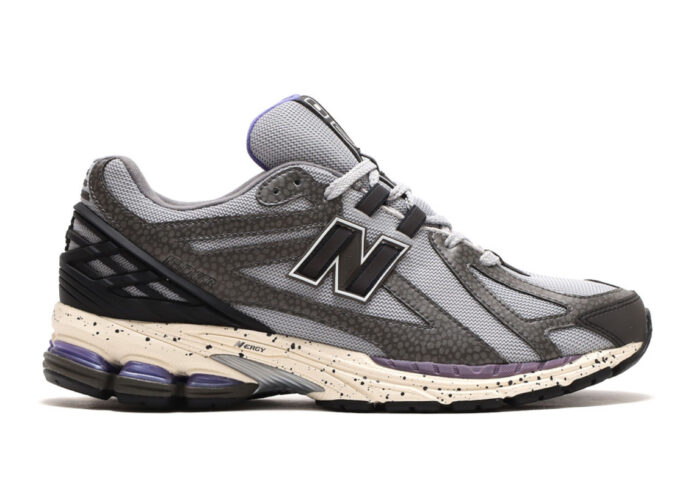 Although atmos has historically been associated for its footwear collaborations with other brands, it’s partnered up with New Balance a handful of times over the last two years. Recently, the Japanese institution unveiled the latest chapter in its burgeoning relationship with the North American company: the New Balance 1906R “Tokyo Dimension.”

“[T]he design began with the use of all the grey tones [found] around Tokyo,” Hirofumi “Koji” Kojima, Head of Product for atmos, told Sneaker News via email. “[Tokyo’s buildings] are expressed using colors and material. The purple color used is inspired by the reflections of streetlights in the windows.”

By contrast, the 2002R “Shibuya Rat” launched on May 28th indulges in a lighter color palette culminating in a vibrant blue hue. Both of Koji’s latest two projects with New Balance, however, capture his home base in sneaker form, as have so many other efforts before. Yet, the creative tackles each collaboration with a clean canvas.

“We do not refer much to our past work, but we have used popular specs from past SMUs [Special Make Ups], such as the safari pattern and splatters on the midsole. We try to use new ideas to form the future atmos style while incorporating nostalgic elements,” Koji said.

Koji’s ability to blend heritage DNA with modern design is on par with New Balance’s current lineup of products, which include running shoes from 1982 and lifestyle sneakers seemingly from 2082. Akin to how savvy consumers of the Boston-based brand have been able to spot similarities between the 990 and 90/60, long-time fans of atmos’ work will pick up on the conversation between the past and present on the 1906R “Tokyo Dimension.” All-over patterns across the upper and midsole call back to a game-changing collaboration Koji worked on for another North American institution in 2002, while reflective “N” logos at the profiles nod to the Tokyo Tower and the rest of the city’s skyline.

The Japanese creative director didn’t reveal what’s next for the Far East Asian boutique, but shared his excitement about some of New Balance’s other partners: “I think the products that [Aimé] Leon Dore and Joe Freshgoods produce are really great. I am very interested in what they will create in the future as well.” He also mentioned the importance of Salehe Bembury‘s work with the century-old company.

Enjoy campaign imagery and product shots of the pair ahead, and find the shoes dropping exclusively across atmos outposts in Asia on Friday, September 23rd, for ¥17,600 (approximately $123 USD).

For more “N”-branded footwear, check out the New Balance 990v6 expected to debut before 2022 ends.