HomeNewsAstroworld medic company CEO calls festival “something I’ll have nightmares about for...
News 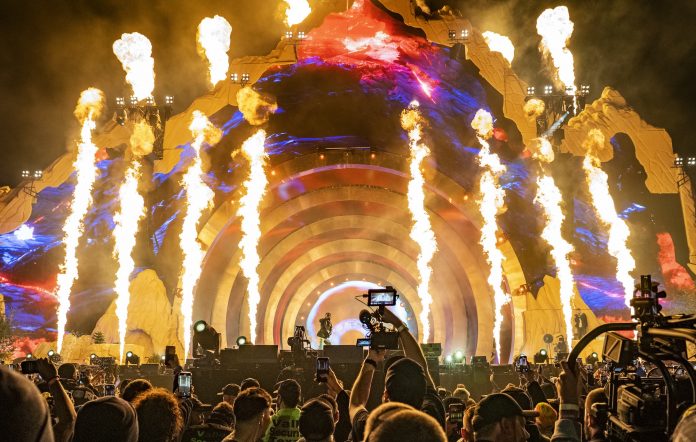 The CEO of ParaDocs, the medical company hired by Astroworld, has shared his thoughts on the crowd surge tragedy.

Alex Pollak said in an interview with CNN that his staff faced an “impossible feat” of treating 11 people with cardiac arrests at the same time.

“This is something I’ll have nightmares about for the rest of my life,” Pollak said. “The team is extremely broken up about it. Seeing so many young people getting CPR at one time, it’s just something no one should have to go through. Even though we’re medical professionals, we should be used it. You can’t get used to something like that.”

Pollak also noted that his team went into the crowd to help, even though protocol dictates that they shouldn’t enter a situation if it might cause them personal harm. “We were doing CPR on the back of carts trying to get out of that crowd,” he said. “People were jumping on top of the carts, they were pulling us off people, they thought it was a joke.”

ParaDocs had resources prepared for 70,000 attendees and though they didn’t have the authority to stop the show, Pollak believes that doing so could have led to riots from the crowd. “We never came close to running out of equipment and supplies,” he said. “We could have treated at least double the amount of patients. We never expected in our lives to encounter a situation like that. It was absolutely horrific.”

Ten people died and hundreds more were injured during the “mass casualty” Astroworld event that happened while Travis Scott was onstage on November 5. On November 15, nine-year-old Ezra Blount died in hospital after sustaining injuries from being caught in the crowd crush. Blount was taken to hospital and placed in a medically-induced coma, following critical injury to major internal organs, including his heart, brain, kidney and liver.

Over one hundred different lawsuits have been filed against Scott, Live Nation and other parties involved, with attorney Ben Crump, who represents a number of those wanting to sue, saying “Nobody should ever die from going to a concert”.

Scott has said he will pay for the funeral costs of victims of the Astroworld incident, and has partnered with counselling app BetterHelp to provide online therapy for those in need.

The post Astroworld medic company CEO calls festival “something I’ll have nightmares about for the rest of my life” appeared first on NME.