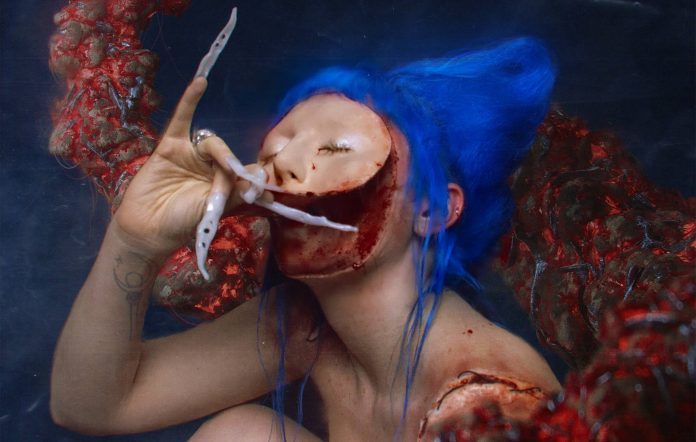 Ashnikko has shared the fourth track from their ongoing ‘Halloweenie’ series – listen to new song ‘Halloweenie IV: Innards’ below.

READ MORE: Ashnikko: “It’s so lonely to have mental health problems and not be able to articulate them”

Every Halloween for the past few years, the pop star has shared a new track in the series, beginning in 2018 with ‘Halloweenie’ itself.

In 2019, ‘Halloweenie II: Pumpkin Spice’ followed, before last year they shared the third track in the series, titled ‘Seven Days’.

Ahead of this year’s Halloween on Sunday (October 31), ‘Halloweenie IV’, titled ‘Innards’, has arrived.

Listen to the new track below:

The new song follows the release of two recent singles, ‘Panic Attacks In Paradise’ and ‘Maggots’, which were shared together at the end of September.

Speaking to NME about the pair of tracks in a recent video interview, Ashnikko said: “I wrote this song [‘Panic Attacks in Paradise’] pre-pandemic when I was on vacation, I had been working really hard, just going going going,” Ashnikko told NME.

“When I actually stopped to be with myself and be still, I didn’t know what to do. I was having really horrible mental health problems and I ruined my vacation for myself; so I quite literally had a panic attack in paradise.”

Watch the full video interview below.

Ashnikko is set to tour the UK and Ireland at the end of the year – see the dates in full below: