Ariana Grande is giving away up to $5million in free therapy 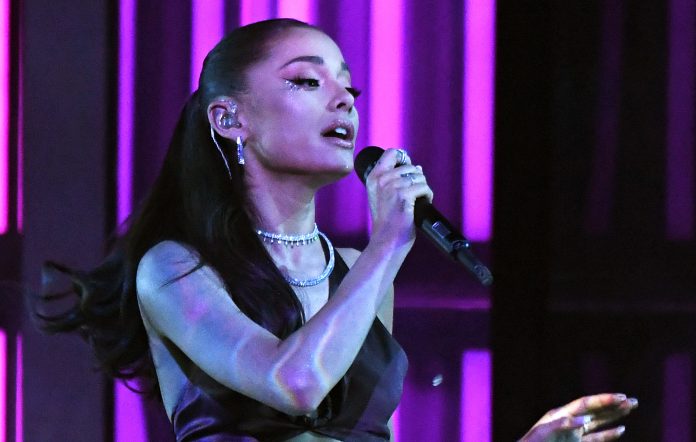 Ariana Grande has announced that she’ll be giving up to $5million (£3.6million) away in free therapy in conjunction with World Mental Health Day.

READ MORE: ‘Am I depressed?‘ – Help and advice on mental health and what to do next

Posting on Instagram yesterday (October 10), Grande revealed that she has teamed up with mental health platform Better Help for the giveaway, which she says is “only one small gesture”.

“I acknowledge that there are very real barriers when it comes to accessing mental health resources,” she wrote, “and while this is only one small gesture (and a much larger systemic problem remains) I wanted to do this again with @betterhelp in hopes of bringing access to a few more people and perhaps inspiring a few of you to try something new and prioritize your own healing.”

Those who sign up for the offer will receive one month of therapy for free and will be given an option to renew through Better Help with a discount of 15 per cent for the second month.

This is the second time this year alone that Grande has offered fans free therapy, doing a similar giveaway back in June of up to $1million (£731,000).

Grande herself has been very transparent about her own struggles with mental health, having previously shared that she suffered from PTSD following the Manchester Arena attack in 2017. She also spoke about how going to therapy has impacted her, saying that it saved her life.

In May of this year, Grande spoke out about “ending stigma” around asking for help in a social media post made for Mental Health Awareness Month.

“Healing isn’t linear, fun, quick or at all easy but we are here and we’ve got to commit to making this time as healthy, peaceful and beautiful as possible,” she wrote. “The work is so hard but we are capable and worth it. sending so much love and strength.”

The post Ariana Grande is giving away up to $5million in free therapy appeared first on NME.

Share
Facebook
Twitter
Pinterest
WhatsApp
Previous articleStray Kids’ Bang Chan and Felix talk about adapting to life in Korea: “We stayed up all night, we cried together”
Next articleSHINee’s Key shares groovy cover of Lizzo’s ‘Juice’