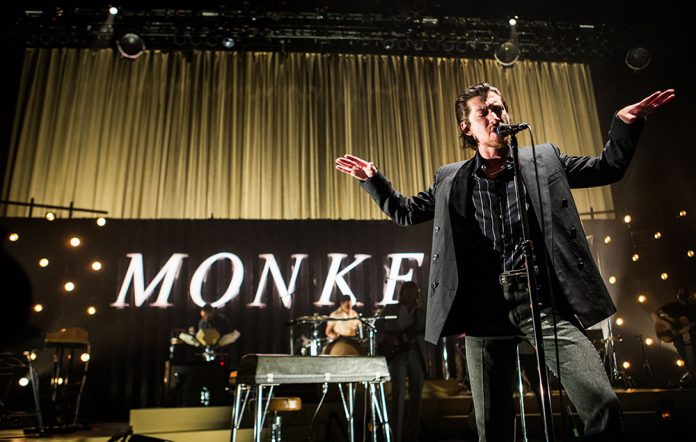 Arctic Monkeys have announced their first headline shows of 2022 – see all the details below.

READ MORE: Arctic Monkeys on the cover: “Science fiction allows you to explore the real world”

The Sheffield band, who last performed live in 2019, will hit the road for a string of European dates next August. Tickets go on sale here at 9am GMT (10am CET) next Wednesday (November 24).

Alex Turner and co. will take to the stage in Instanbul (August 9 and 10), Burgas (August 12), Pula (August 16) and Prague (August 18). You can see the full schedule and official tour poster below.

It comes after Monkeys drummer Matt Helders revealed that the group’s upcoming seventh album – the follow-up to 2018’s ‘Tranquility Base Hotel & Casino’ – was “pretty much” finished and likely to arrive ahead of a summer 2022 tour.

We are pleased to announce our headline shows in Turkey, Bulgaria, Croatia and Czech Republic in August 2022. Tickets go on sale at 10am CET on Wednesday 24th November. https://t.co/PaUDpilxTU pic.twitter.com/47FAHk29Wd

Asked in a recent interview if the new record was “ready to go”, Helders replied: “Yeah, pretty much, yeah. It was a bit disjointed how we had to do it, and there are bits to finish off, but yeah, it’s all in the works.”

He continued: “I think by the time we get everything together it’ll be next year. Hopefully we can get out and tour next summer.”

As for the sound of the forthcoming LP, the drummer explained: “We tend to always move it on a little bit. For us, because we’re so involved in it, it always makes sense.

“[The albums] always kind of pick up where the other one left off in a way. It makes sense when you think about it in the context of the last record. But we always do try and do something a bit different – it’s kind of hard to describe. You can tell it’s the same band.”

Back in January, Arctic Monkeys’ manager revealed that the group had been “working on music” and had initially planned to record last summer. Helders then confirmed that they were in the “early stages” of the album while trying to overcome obstacles brought on by the pandemic.

Then, in August, it emerged that the band had been recording new material in Suffolk.

Fans will now be anticipating an announcement of UK shows as well as potential festival slots. Asked by NME if AM would be headlining Reading & Leeds next year, festival boss Melvin Benn replied: “Arctic Monkeys are a law unto themselves and when they decide next to play live is beyond me, if I’m honest.”