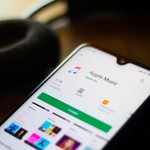 The tech giant did not disclose the distribution of revenue or exact number of subscribers across its services, but Apple CFO Luca Maestri told analysts that Apple’s services division had 745 million paid subscribers, up from the “more than 700 million” disclosed during Apple’s last quarterly earnings call.

The fiscal quarter’s services revenue represents almost a 5 percent increase from Q3 and a 26 percent jump year over year. Total revenue for Apple hit $83.4 billion, short of analysts’ expectations but an increase from last quarter’s reported $81.4 billion. Product sales — led by the iPhone — accounted for $65 billion of the company’s Q4 revenue.

Thursday’s earnings come a month after Apple TV+ landed seven awards at the Emmy Awards, three of which went to its hit series Ted Lasso.

“Our record September quarter results capped off a remarkable fiscal year of strong double-digit growth, during which we set new revenue records in all of our geographic segments and product categories in spite of continued uncertainty in the macro environment,” Maestri said in a statement on Thursday.

This article was originally published by The Hollywood Reporter.