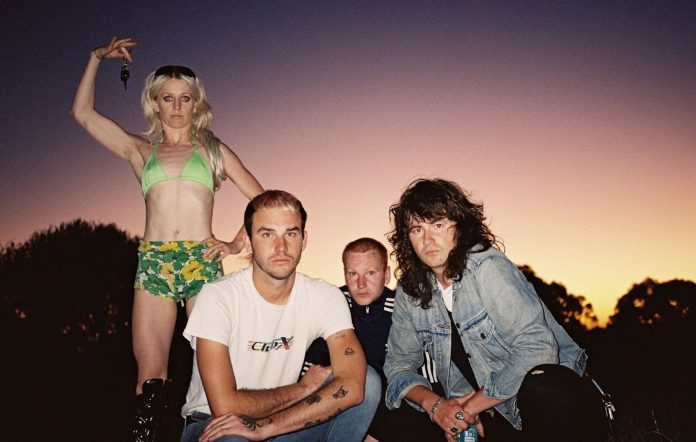 Australian punk outfit Amyl And The Sniffers have announced they’ll be heading to North America next year for a run of headlining tour dates.

The shows come in support of their latest album, ‘Comfort To Me’, which arrived in September. They’ll kick off the 14-stop tour in Austin on Tuesday April 26, before heading to San Francisco, Portland, Vancouver, Seattle, Minneapolis, Chicago, Toronto, Montreal, Brooklyn and Philadelphia, then wrapping things up in Baltimore on Sunday May 22.

READ MORE: Amyl And The Sniffers on ‘Comfort To Me’: “We needed to make a whole new thing”

Tickets for the shows are on sale now and can be purchased here.

NME gave Amyl And The Sniffers’ sophomore album ‘Comfort To Me’ four stars in a review, saying: “The Melbourne punks’ second record is louder, sillier and at times more introspective than its predecessor, showing a more versatile side to the band.”

Featuring singles ‘Guided By Angels’, ‘Security’ and ‘Hertz’, the LP marked Amyl And The Sniffers’ first release in two years, since sharing their 2019 self-titled debut album.

“We needed to make a whole new thing,” frontwoman Amy Taylor Told NME earlier this year. “Higher production and all that, we wanted it to sound fucking awesome.”

Amyl And The Sniffers’ 2022 North America and Canada tour dates are: