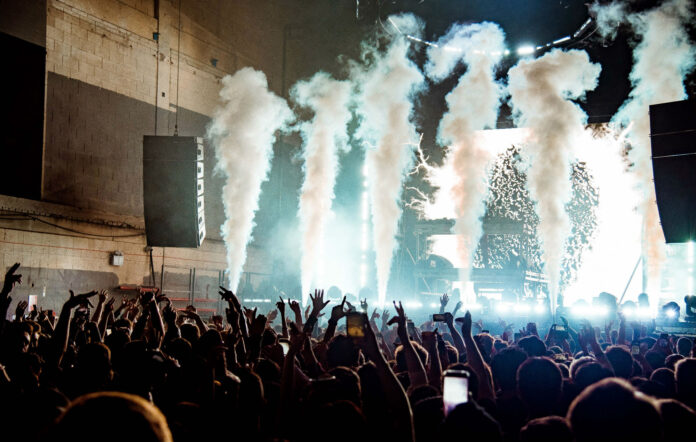 London’s Night Czar Amy Lamé has discussed the future of the Printworks venue, saying “all is not lost” with regards to its potential move away from its current location.

Last month, it was revealed that plans were going ahead for the redevelopment of the Surrey Quays site into office buildings.

In a new interview with Mixmag, Lamé said that hope still remains for the venue to stay open, and that “active discussions are taking place about the possibility of keeping a significant venue as part of Printworks”.

Lamé said that Printworks has in fact “not announced its closure” and that “there is hope that it still has a future”.

“The teams at Broadwick Live and British Land have done an incredible job turning the space into a major destination that attracts some of the biggest names in electronic music and visitors from all over the world,” she said.

“Despite it always being clear that it was a temporary space, the threat of its potential loss is no less raw to the tens of thousands who regularly enjoy a night out at Printworks.”

Earlier this month Printworks announced its autumn/winter season for 2022, with Bonobo, Daphni and Shygirl among the artists set to play.

The Rotherhithe nightclub, which opened in 2017, is going ahead with its plans to host a series of events later this year, despite the recent news regarding the local council approving plans for a redevelopment. The club intends to hold a full programme of events from September 23 to December 17.

This year’s Printworks programme represents, the club said in a statement, “many spheres of music, from electronic, techno, hip-hop, disco, Afrobeats and much more, accompanied by the peerless sound and lighting production and audience experience that the community has come to expect from this legendary and celebrated space”.

Earlier this year Broadwick Live, the group behind Printworks, The Drumsheds and Depot at Mayfield, announced plans for a new open-air events space in London.

The post Amy Lamé suggests Printworks could “still have a future” at current location appeared first on NME.