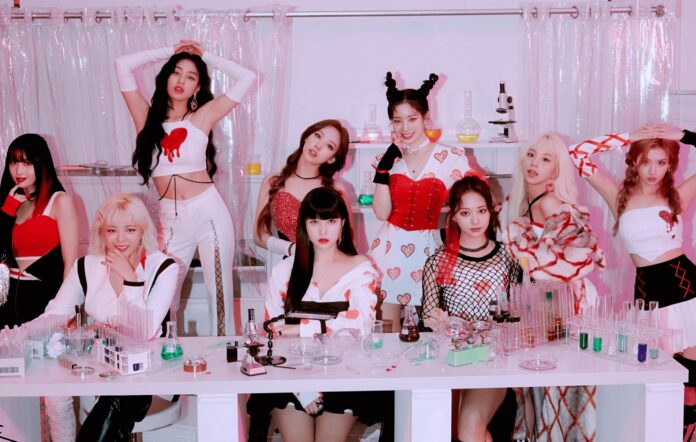 Since the accounts were launched, each member of TWICE has amassed around 2million followers. At the time of writing, Japanese member Sana currently boasts the most followers, at over 2.2million.

The launch of TWICE’s Instagram accounts comes soon after the group’s two encore shows at the Banc of California Stadium in Los Angeles, which wrapped up the North American leg of their ‘III’ world tour on May 14 and 15.

Last year, TWICE released ‘Formula Of Love: T+O=<3’ alongside the music video for its lead single ‘Scientist’. The record also featured the group’s first-ever official English-language single ‘The Feels’, which became their first-ever song to enter the Billboard Hot 100, charting at Number 83 for the week of October 16.

In other JYP Entertainment news, the label’s previously announced plans to establish a K-pop NFT platform with tech company Dunamu have fallen through, after both corporations had mutually agreed to terminate the joint venture. Neither company has revealed the circumstances behind the termination of their partnership.

JYP Entertainment also revealed earlier this year that it plans to launch a “full-scale” expansion into the US market, through the establishment of a North American-based subsidiary named JYP USA, aimed at “discover[ing] and foster[ing] local US artists”.