HomeNewsAll members of Every Time I Die except frontman Keith Buckley announce...
News 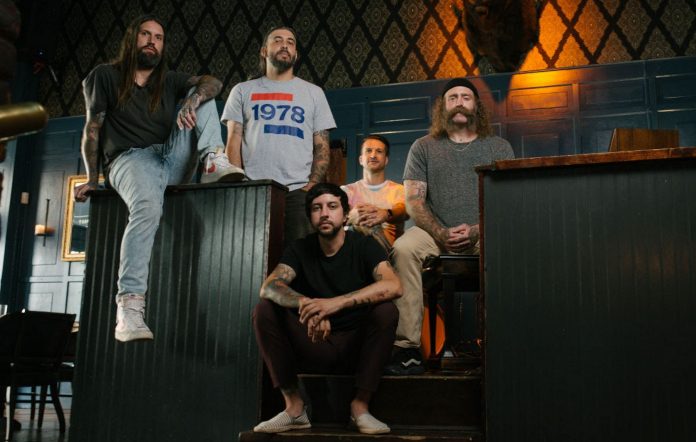 Four-fifths of Buffalo metalcore outfit Every Time I Die have announced they are exiting the band.

According to the statement, the band – apart from frontman Keith Buckley – had “hoped to come to an agreed upon legal statement that outlined the truth.” However, they say they were “informed today of something planned to be released not mutually agreed upon that consists of inaccuracies and controls a narrative to benefit one.”

Keith Buckley is yet to publicly comment on the split. At time of writing, Every Time I Die’s Twitter and Instagram accounts appear to have been deactivated.

The statement comes after the band said last month that they were working on issues with Buckley “privately” after the singer announced an impromptu hiatus days earlier, saying he’d be skipping three of the band’s scheduled shows. “Caring for my own mental health has taken priority over EVERYTHING else in my life,” he wrote at the time.

After Every Time I Die made their own announcement confirming that the shows would not be cancelled, with fans invited to “come and help [them] finish this tour”, Buckley hit back online.

Buckley went on to allege that his brother, Jordan Buckley, “[told] an outsider that ETID had been in talks to replace me this entire time”.

Following the statements from Buckley, Every Time I Die announced that they would be cancelling the last three shows of the tour, and emphasised that they were trying to resolve any issues before the gigs.

“Keith Buckley is a crucial member of EVERY TIME I DIE and we apologise if our previous statement made it seem as if he was in recovery or came off as insensitive to the issues at hand. We are working on things privately now.”

The band would go on to perform – with Buckley – at their annual Christmas festival ‘Tid the Season on December 10 and 11, the last of which was the four members’ final show with Every Time I Die, they said.

“Every Time I Die was these 5 members, and we were never budging or accepting any changes. Simply, there is zero truth about the band continuing on with a new singer,” today’s statement from the band reads.

“Lastly, we wouldn’t be where we are today without every single person that’s backed the band in any & all ways. While we’re extremely disappointed in how this was played out online in front of you, your support and the memories we have because of you all will always be cherished.”

Every Time I Die formed in Buffalo, New York in 1998. They released their debut album ‘Last Night in Town’ in 2001, and would go on to release eight more studio albums, most recently last year’s ‘Radical’. The album marked their first in five years, following on from 2016’s ‘Low Teens’.

The post All members of Every Time I Die except frontman Keith Buckley announce their split from the band appeared first on NME.