HomeMusicAlicia Keys Unlocks the Magic of Harlem’s Apollo Theater For Her One...
Music 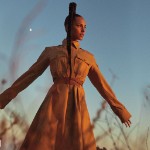 On Thursday night (Nov. 11), Harlem was in for a treat as Alicia Keys graced the stage at the legendary Apollo Theater for a one-night-only concert. As part of SiriusXM and Pandora’s Small Stage Series, the 15-time Grammy Award winner delivered a dazzling exhibition, taking fans on a trip through her robust catalog.

At 8:45 p.m., Keys sauntered through the theater with an army of performing artists. The dancers were as sleek as the superstar herself, with the men donning tuxedos and the women appearing in gold feathery outfits. Clad in a black, blue, and gold dress, Keys ignited the crowd with a stirring rendition of “Empire State of Mind.” Mesmerized by the crowd’s energy, Keys upped the ante by bringing out revered rap duo Jadakiss and Style P for a jazzy remake of “We Gon Make It.” With Keys on the piano, the Ruff Ryders tandem came through stylish, donning sunglasses and suits. “We gonna transport tonight,” declared Keys. “I want you to be free.”

Keys quickened the pace by later revisiting her 2016 hit “In Common.” Encouraging fans to stand up and dance, Keys and her live band reveled in the crowd’s energy as she skated her way through the tropical song. The R&B superstar, who’s also preparing to release her new project, Keys, on Dec. 10, gave fans a hearty sample of what’s on the way. The double album will include new original music along with “unlocked” versions of those same songs. To warm the crowd up, she played piano-laden renditions of “Skydive,” “Is It Insane,” and “Only You.”

After each performance, Keys jumped off her piano and hopped onto her MPC, where she flipped the production and added some hip-hop flavor for her ‘unlocked’ versions. Keys continued her altruism by performing a new record called “Come For Me” with rising R&B talent Lucky Daye. Daye, who revealed that this was his first time at the Apollo, also performed his new song “Over.”

While Keys enjoyed previewing new music, she equally relished breezing through her classics such as “Try Sleeping With a Broken Heart,” “Girl On Fire,” and “No One.” The most memorable moment came at her performance of “Fallin’,” where two of her dancers climbed the theater curtains and flaunted their aerial abilities at the song’s peak.

Before she placed a bow on her concert, Keys tapped her youngest son Egypt to join her onstage to perform “If I Ain’t Got You.” Dedicating the song to him and his brother, Genesis, Keys swept through the nostalgic classic with relative ease, leaving the crowd beyond satisfied with her 90-minute performance.

“There’s no place like home,” she gushed before walking off stage.