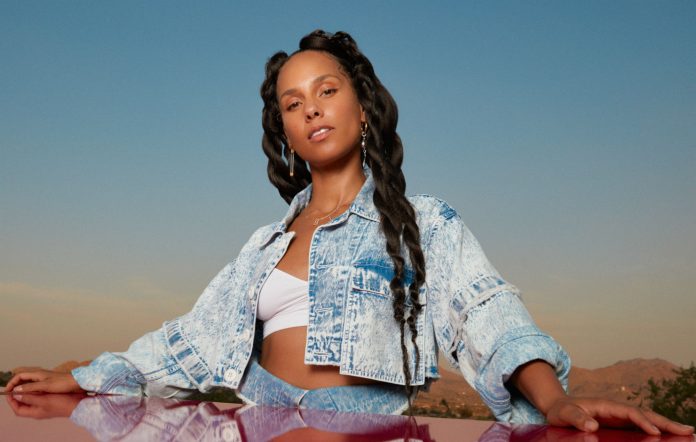 Alicia Keys has shared two versions of her new song, ‘Best Of Me’ – listen to them below.

In a new TikTok video announcing the album, Keys revealed that the new record, which will arrive on December 10, will feature two sides, Side A being labelled ‘original’, and Side B ‘unlocked’. Side B will be entirely produced by Kendrick Lamar collaborator, Mike Will Made It.

“My new album ‘KEYS’ will have two types of songs,” says a robotic voice in the announcement video, with Side A promising “laidback piano vibes” while Side B will feature “upbeat, drums and level up” sound.

You can listen to the two versions of ‘Best Of Me’ here:

Writing about the project on Instagram, Keys added: “One album. Two versions. Originals and Unlocked. The Originals come from that classic side of me! It’s that AK that we WANT! A homecoming.

“The Unlocked side, I wanted to sample The Originals to create a whole other sonic experience. So, Mike WiLL Made It and I connected and made magic.

“Together, they are a fusion of the worlds within me with the #KEYS as the main ingredient. And I’m so excited to share it with you. I CANT WAIT!”

‘KEYS’ will follow the singer-songwriter’s 2020 album ‘Alicia’. Reviewing last year’s record upon its release, NME wrote: “Alicia Keys‘ seventh album was originally due in March, but then pandemic panic intervened. At the time, the slick pop-R&B single ‘Underdog’ was climbing the charts to become her biggest hit since 2012’s ‘Girl On Fire’, so the six-month push-back probably won’t have boosted its commercial fortunes.

“But creatively, the delay makes sense, because this album’s combination of positivity, empathy and self-knowledge feels pretty enriching right now.”

Earlier this year, Keys shared a 20th anniversary edition of her groundbreaking debut album ‘Songs In A Minor’, which featured a special edition set that contained two previously unreleased bonus tracks from the original album recording sessions, ‘Crazy (Mi Corazon)’ and ‘Foolish Heart’, the latter of which was the first song she ever recorded.