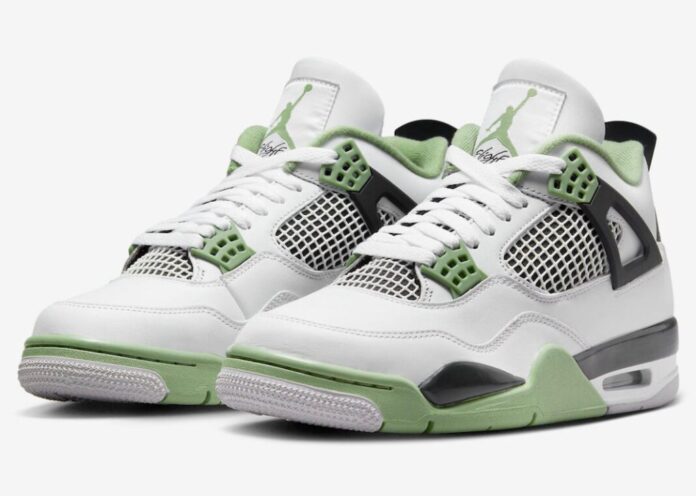 Of all of Tinker Hatfield’s Air Jordan models, people tend to gravitate towards the Air Jordan 4 the most. It is easily one of his best and most accessible creations. The silhouette itself is very clean, and overall, there are just so many fantastic colorways of it.

Throughout 2023, Jordan Brand has plans to keep the Jordan 4 going. We have already seen a plethora of great colorways get teased, and now, some of them are starting to make it to the market. For instance, the women’s exclusive “Seafoam” will be dropping soon.

In the images down below, you can find the Air Jordan 4 “Seafoam.” This is a very clean colorway that could certainly be considered Unisex. However, Jumpman has committed to making this a women’s exclusive, which is certainly respectable. Regardless, it is a dope shoe.

The Air Jordan 4 is one of those silhouettes that will forever receive new colorways. Overall, you can never go wrong with a shoe like this, and we’re sure plenty of women sneakerheads will be looking to cop these. As for the men out there, rest assured that some great offerings are coming down the pipeline. After all, Jumpman understands just how in demand these get.

The official release date for these has been set for February 9th at a price of $200 USD. Subsequently, let us know what you think of these, in the comments section down below. Additionally, keep it locked to HNHH for the latest news and updates from around the sneaker world.