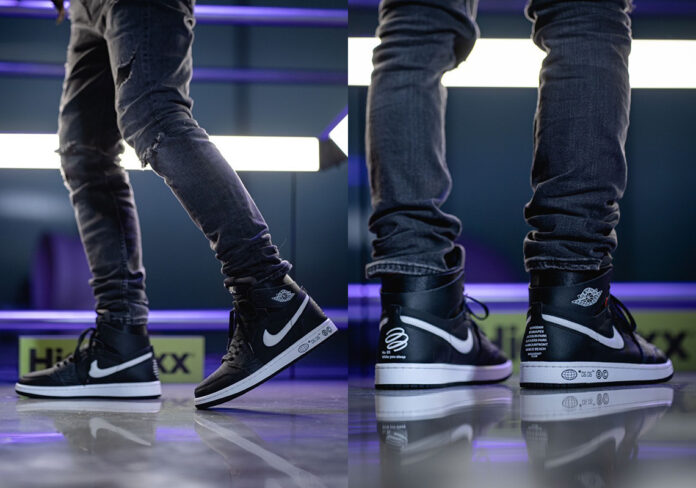 Over the last few months, social media has hosted discourse regarding whether or not the training conditions world class athletes the likes of Venus and Serena Williams endured throughout their youth is just. And while arguments on either side have credibility, one thing can’t be denied: the Williams sisters have differentiated themselves from most people out in the world, just as “early risers” in all fields do. Soon, an Air Jordan 1 Zoom CMFT nodding to this very group of individuals will release.

Clad in a simple “Black” and “White” color scheme, the high-top retro resembles “panda”-reminiscent Air Jordans of yesteryear. Closer, inspection, however, reveals details that’ve never appeared on any iteration of Michael Jordan’s first signature sneaker. Profile swooshes, “Wings” insignias on the lateral ankle flap and midsoles all opt for contrasting “White,” while their surroundings sport a pitch-dark ensemble. Quarter panels feature a tiger stripe-like pattern that’s most visible at the right angles. While the simple color palette may seem like a lazy decision, it contributes to the Air Jordan 1-variant’s overall theme: the “Breakfast Club.”

Text on the lateral midsole resembles the display one might find on an early riser’s alarm clock. “While you sleep” messaging on the left shoe’s spine is both a reminder to self and jab to those comfortably asleep while the wearer is out grinding at one of the world famous courts listed on the right shoe’s heel. Courts from Beijing, Los Angeles and New York City are immortalized atop the words “BREAKFAST CLUB,” though, unfortunately, Harlem’s Rucker Park is misspelled. Nevertheless, the list ties together the modified Jordan 1‘s theme together, reaffirming that there’s glory in getting up in the mornings to put in work when it’s the last thing you – and most people – want to do.

Enjoy detailed images of the pair ahead (courtesy of Instagram user @knowing_kicks), and anticipate a Nike SNKRS launch before the second-half of 2022 gets underway.

For more options from NIKE, Inc., check out the Converse All Star BB Shift, another performance-basketball sneaker for the game’s growing number of “positionless” players.