HomeNewsaespa say they were “so surprised” Hayley Kiyoko wrote a song for...
News 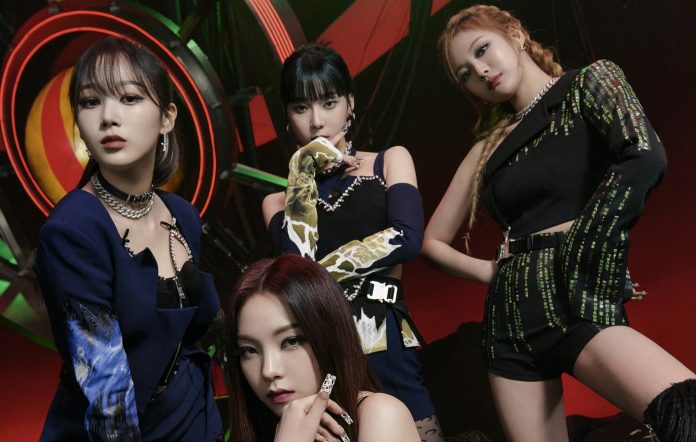 aespa have opened up about working with American singer-songwriter Hayley Kiyoko on ‘Lucid Dream’, a song from their recently released mini-album ‘Savage’.

In an interview with the Grammy.com, the rookie K-pop act shared more about the creation of their new project ‘Savage’, which dropped earlier this week. aespa also spoke about what it was like to have Kiyoko pen one of their new B-sides.

‘Lucid Dream’, the closing track of ‘Savage’, was co-composed by Kiyoko, alongside her frequent collaborators producers Kill Dave and Pat Morrissey. However, aespa member Giselle revealed that they “actually didn’t get to meet her and do an actual collaboration [even though] the song was made by her.”

The the Japanese-Korean idol then noted that the group were “so surprised” when they found about that Kiyoko “wrote it for us”. She added that the group “[are] so glad that we were able to sing it”.

Elsewhere in the interview, the girl group also talked about traversing the virtual and real world in ‘Savage’. aespa previously spoke about how they were actually an eight-member group, with all four members – Karina, NingNing, Winter and Giselle – having virtual avatar counterparts.

“Even [though we have] the SMCU storyline, which tells a story about how we go on a journey together, [it’s] not only that. On stage as well, we interact with the æ-characters–that’s something that we’ve started with ‘Savage‘. That’s something new that we’ve tried. added Ningning.

Meanwhile, Kakao Corp and CJ Group are both looking to purchase a controlling stake in SM Entertainment. The stake of SM Entertainment up for sale will include management rights and is currently owned by Lee, who is the single largest shareholder in the company.

The post aespa say they were “so surprised” Hayley Kiyoko wrote a song for them appeared first on NME.