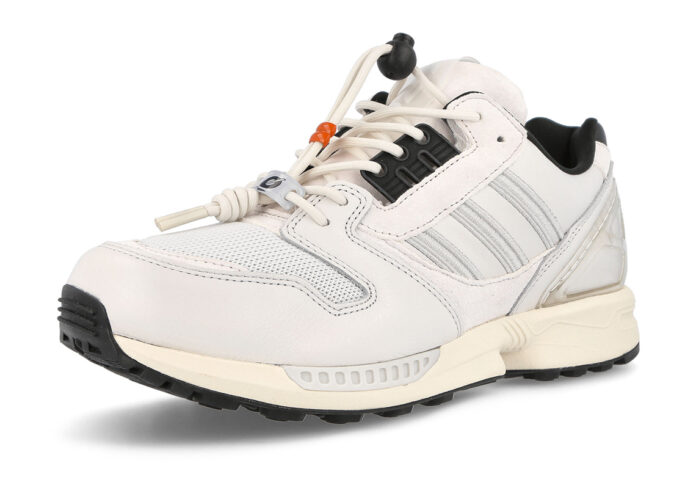 After taking a trip to South Korea in homage to Seoul’s oldest bakery, the three stripes is casting the adidas Originals ZX 8000 for the latest flavoring of their Adilicious City Series that’s spanned the inspirational spectrum of international cuisines and restaurants. Taking a quick flight over to Europe, adidas is harkening the likeness of Berlin’s Ø27 Kebab eatery.

Popular for its twist on the notorious drunken meal, the Japanese-style cuisine treats the lifestyle cushioning staple with opposing shades of Crystal and Chalk White dawning the suede overlays and mesh construction. The translucent heel counter elects for a sleek addition above a cauliflower colored midsole as the exposed lace locks, outsole and sock liner wrap the neutral-toned offering with a splash of orange gracing one of the interchangeable laces and sinch.

While a stateside release has yet to be announced, you can check out detailed images below with sizes being available now in Europe at adidas.com and overkill.com.