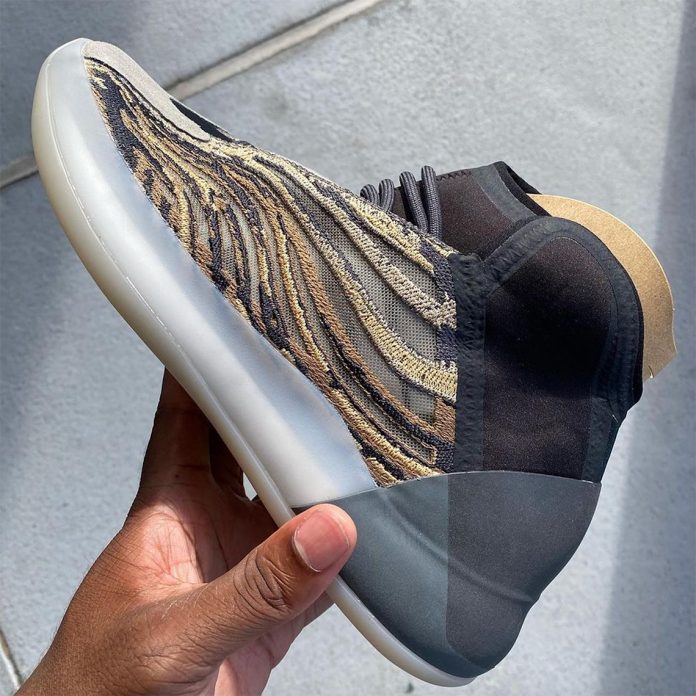 To make up for their lackluster start to the year, adidas Yeezy is ending 2021 with a deafening bang. Alongside their upcoming 700s and 500s is another appearance from the Yeezy Quantum, which is to release on November 27th in “Amber Tint.”

Despite the change in colorway, the pair is not too dissimilar to its earliest predecessor. The knit shell only swaps out its greys for the titular warm tone, accenting the majority of the profile with a bronze finish. Elsewhere, every other fixture seems identical to past offerings, presenting the same suede toe, blacked out heel/lace unit, and lightly see-through midsole.

For a closer, in-hand look at this Yeezy Quantum, see below. A release is likely to hit adidas.com/Yeezy as well as select retailers on November 27th.

In other news, the Yeezy Foam Runner MX Sand Grey adds to the slip-on shoe’s family.