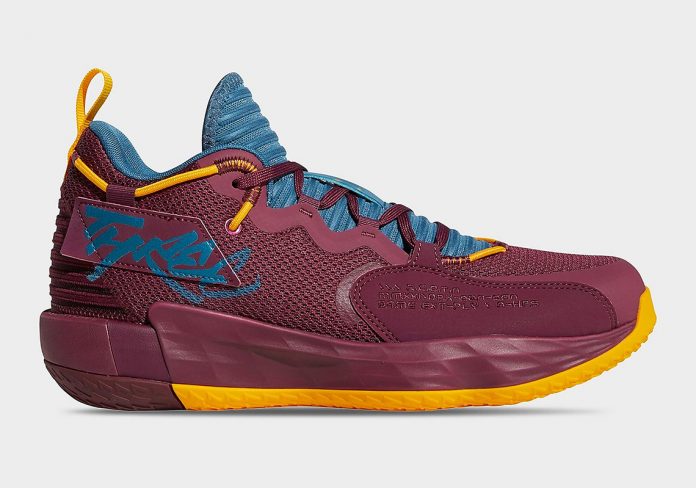 After his rookie season, Damian Lillard has never missed the NBA Playoffs. For eight straight seasons, he’s willing the Blazers to playoff contention, although he and his teammates were trounced from postseason play much earlier than what they would’ve liked. With each passing season, it seems less and less likely that they’ll match their Conference Finals berth in 2018 and blowing the team up and starting from scratch seemed like a possible outcome as Lillard’s name came up in several trade rumors.

However, “Extended Play” has even more meaning as the Blazers are back for the 2021-2022 season with much of its core roster unchanged. And while expectations aren’t entirely high, we can never count out amount of clutch Lillard brings to the team. This Friday, October 15th, Dame fans will be treated with a new colorway of the Dame 7 EXTPLY in a clean mix of victory crimson, team collegiate gold, and orbit indigo. Peep the photos ahead and expect these at select retailers for $110.

In other adidas news, check the official images of the Yeezy 350 “MX Oat”.

Concepts And Nike To Release An Orange Lobster Dunk This Year