HomeMusicAdele’s ‘Easy On Me’ Set For Second Week Atop U.K. Singles Chart
Music

Adele’s ‘Easy On Me’ Set For Second Week Atop U.K. Singles Chart 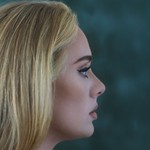 The superstar English singer blasted to No. 1 on the Official U.K. Singles Chart last Friday (Oct. 22) with “Easy On Me,” which got to the top in record-breaking fashion.

Based on early sales and streaming data, “Easy On Me” will top the survey once again.

Adele’s first release in six years leads the First Look chart, which ranks tracks based on activity from the first 48 hours in the chart cycle.

Further down the list, reunited EDM legends Swedish House Mafia and Canadian R&B star The Weeknd are on track for the week’s highest new entry, with “Moth To A Flame.” It’s new at No. 12 on the chart blast.

Another new-ish release is ABBA’s “Just A Notion.” The track was originally cut during the Swedish pop group’s heyday in the late ‘70s, and officially released in full last Friday. It’s on course to give the foursome their 29th U.K. Top 40 single, the OCC reports.

The latest single from their forthcoming album Voyage, due out Nov. 5, “Just A Notion” is eyeing a No. 14 bow.