HomeNewsAdele on her most personal album yet: “It was more me divorcing...
News

Adele on her most personal album yet: “It was more me divorcing myself” 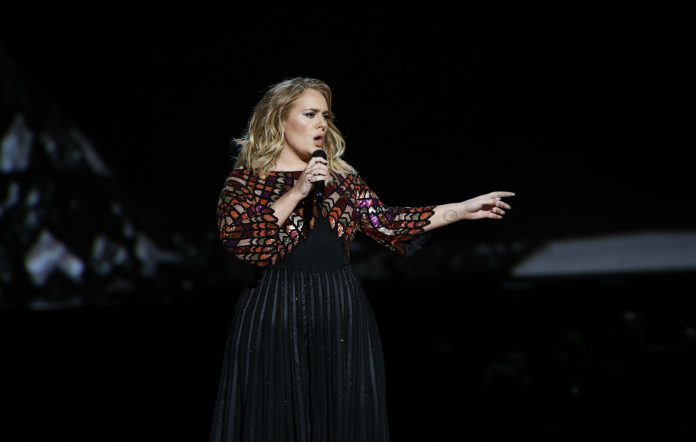 Adele has spoken about her “sensitive” new album, saying that it is more personal to her than any of her previous records.

In interviews published by Vogue and British Vogue today (October 7), the star opened up about her upcoming fourth album, which is rumoured to be called ’30’. She teased comeback single ‘Easy On Me’ earlier this week, but no information about the album’s release date has been disclosed.

Across the interviews, which were conducted in LA and New York respectively, the pop star spoke about the negative impact that her divorce from Simon Konecki, who lives across the street from her in LA, had on their nine-year-old son, Angelo.

She explained that despite the pain she was inflicting on her son in splitting from Konecki, she knew that she was doing the right thing. “If I can reach the reason why I left, which was the pursuit of my own happiness, even though it made Angelo really unhappy – if I can find that happiness and he sees me in that happiness, then maybe I’ll be able to forgive myself for it.”

The singer recalled a time when Angelo was six years old and said to her: “Can you see me?”

What ensued was more frequent conversations with him about what was happening. “That’s when I started sharing with him,” she said.

From there, Adele explained that the thematic foundations of her forthcoming album were set. She said she realised that her naturally defensive stance against men, as explored on previous albums, might have been more her problem than theirs.

“I realised that I was the problem. Cause all the other albums are like, ‘You did this! You did that! Fuck you! Why can’t you arrive for me?’ Then I was like: ‘Oh, shit, I’m the running theme, actually. Maybe it’s me!’” she said.

Adele went on to stress that Konecki, with whom she is on good terms and co-parents with, is “not one of my exes. He’s the dad of my child”.

So the album, she said is more about “me divorcing myself”. “Just being like, ‘Bitch, fucking hot mess, get your fucking shit together!’”

She added: “It’s sensitive for me, this record, just in how much I love it. I always say that ’21’ doesn’t belong to me anymore. Everyone else took it into their hearts so much. I’m not letting go of this one. This is my album. I want to share myself with everyone, but I don’t think I’ll ever let this one go.”

Elsewhere, in the British Vogue interview, she addressed falsehoods about her lifestyle change that saw her shed considerable weight over a two-year period. She explained that she decided to get physically fitter to help manage bouts of anxiety.

“It was because of my anxiety. Working out, I would just feel better. It was never about losing weight, it was always about becoming strong and giving myself as much time every day without my phone. I got quite addicted to it. I work out two or three times a day,” she said.

The singer added that she needed “to get addicted to something to get my mind right”.

“It could have been knitting, but it wasn’t. People are shocked because I didn’t share my ‘journey’. They’re used to people documenting everything on Instagram, and most people in my position would get a big deal with a diet brand. I couldn’t give a flying fuck. I did it for myself and not anyone else. So why would I ever share it? I don’t find it fascinating. It’s my body.”

The post Adele on her most personal album yet: “It was more me divorcing myself” appeared first on NME.