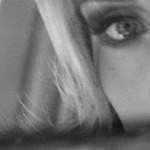 Billboard’s two global charts, which began in September 2020 and recently marked their first year, rank songs based on streaming and sales activity culled from more than 200 territories around the world, as compiled by MRC Data. The Billboard Global 200 is inclusive of worldwide data and the Billboard Global Excl. U.S. chart comprises data from territories excluding the U.S.

Chart ranks are based on a weighted formula incorporating official-only streams on both subscription and ad-supported tiers of audio and video music services, as well as download sales, the latter of which reflect purchases from full-service digital music retailers from around the world, with sales from direct-to-consumer (D2C) sites excluded from the charts’ calculations.

A week earlier, the song soared to No. 1 on the Global 200 and opened atop the Global Excl. U.S chart following its first full week of tracking.

Elsewhere in the Global 200’s top 10, Swedish House Mafia and The Weeknd’s “Moth to a Flame” launches on the chart at No. 10, with 40.6 million streams and 8,900 sold worldwide, following its Oct. 22 release. The acts make their respective first and fifth top 10 trips on the survey.

The Swedish-Canadian collaboration is the third new song (and first Global 200 entry) from Swedish House Mafia since July, with its arrival accompanied by the announcement of the trio’s 2022 Paradise Again tour, its first in over eight years.

‘Easy’ Does It Again Atop Global Excl. U.S.

The Kid LAROI and Justin Bieber’s “Stay” keeps at No. 2 after nine weeks atop the Global Excl. U.S. chart; CKay’s “Love Nwantiti (Ah Ah Ah)” repeats at No. 3, after reaching No. 2; Elton John and Dua Lipa’s “Cold Heart (Pnau Remix)” lifts 5-4 for a new high; and Ed Sheeran’s “Shivers” rebounds 6-5 to its best rank.