HomeNewsAdele debuts new songs ‘I Drink Wine’, ‘Hold On’ and ‘Love Is...
News

Adele debuts new songs ‘I Drink Wine’, ‘Hold On’ and ‘Love Is A Game’ on TV special 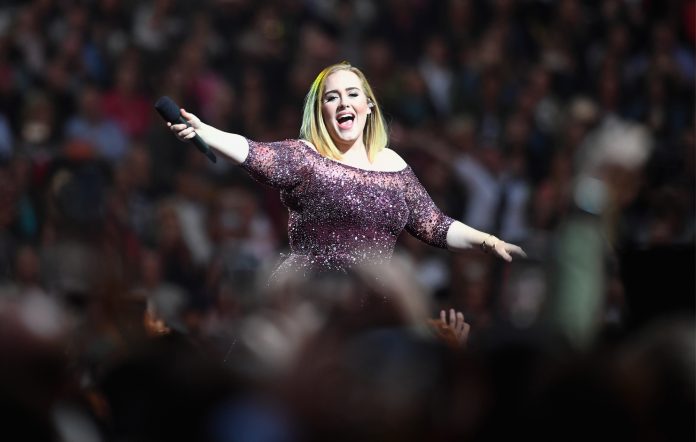 Adele debuted three new songs from her upcoming album ’30’ during her TV special last night (November 14) – watch her perform ‘I Drink Wine’, ‘Hold On’ and ‘Love Is A Game’ below.

The special, titled Adele: One Night Only, aired on CBS last night and included live performances from the singer – debuting songs from ‘30’ live for the first time – as well as a new sit-down interview with Oprah Winfrey, billed as her “first televised wide-ranging conversation about her new album, the stories behind the songs, life after divorce, weight loss and raising her son”.

In the performance part of the show, she performed a full version of ‘Hold On’, a song she has been teasing in a trailer for the special as well as an Amazon Christmas advert, alongside full debuts of new tracks ‘I Drink Wine’ and ‘Love Is A Game’.

Watch the performances below:

Adele singing “Hold On”, the promotional single of “30”.

Adele singing “I Drink Wine”, the official second single from the album, “30” which will be out on Friday, November 19. #AdeleOneNightOnlypic.twitter.com/bP3k9fKBkT

#AdeleOneNightOnly ended with the magic “Love Is A Game”.

After its premieres on CBS, Adele: One Night Only is now streaming exclusively on Paramount+. It will be followed by a UK TV special, An Audience With Adele on ITV, set to air on November 21.

Next summer, Adele will make her comeback on UK stages with two headline appearances at British Summer Time in Hyde Park. Tickets for both events have now sold out.

‘30’ marks the follow-up to 2015’s ‘25’, and has thus far been promoted with lead single ‘Easy On Me’. Much of the album will touch on Adele’s 2019 divorce from Simon Konecki, which she alluded to earlier this week when she said that ‘30’ would have been scrapped if she had to postpone it any further.

The post Adele debuts new songs ‘I Drink Wine’, ‘Hold On’ and ‘Love Is A Game’ on TV special appeared first on NME.