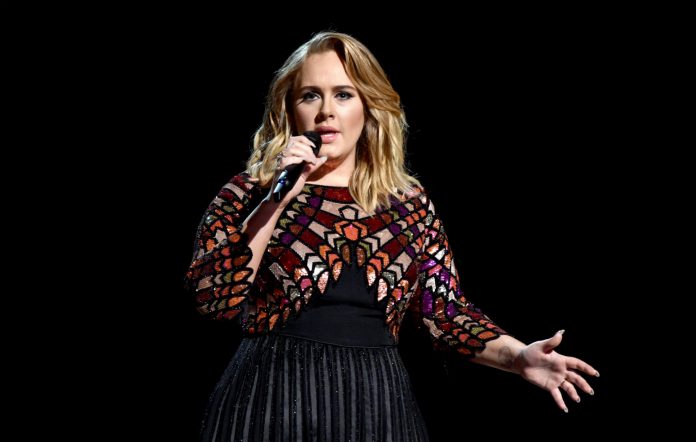 Adele has confirmed the title of her fourth studio album and when the much anticipated LP will be released.

The singer-songwriter took to Instagram this afternoon (October 13) to reveal that her new album will be called ’30’. This comes after billboards bearing the number “30” appeared in a number of cities earlier this month, leading fans to speculate that it was the title of Adele’s forthcoming album.

In her post, Adele also announced that the follow-up to 2015’s ’25’ will arrive on November 19. Writing a message alongside the confirmation, Adele said: “I’ve learned a lot of blistering truths about myself along the way.

“I’ve shed many layers but also wrapped myself if new ones. Discovered genuinely useful and wholesome mentalities to lead with, and I feel like I’ve finally found my feeling again. I’d go so far as to say that I’ve never felt more peaceful in my life. And so, I’m ready to finally put this album out.”

The release date for ’30’ is the same as the original date for Taylor Swift’s ‘Red (Taylor’s Version)’. However, Swift announced late last month that she was moving the release forward a week to November 12. This prompted speculation that she was moving it to avoid clashing with the arrival of another big record – believed to be Adele’s ’30’.

Speaking about her new album in a recent interview, Adele said it’s more personal to her than any of her previous records.

“It’s sensitive for me, this record, just in how much I love it,” she told Vogue/British Vogue. “I always say that ’21’ doesn’t belong to me anymore. Everyone else took it into their hearts so much. I’m not letting go of this one. This is my album. I want to share myself with everyone, but I don’t think I’ll ever let this one go.”

The ‘Hello’ singer previewed the track on Saturday (October 9), sharing a snippet during a surprise Instagram Live session.

.@Adele just previewed her new single, “Easy On Me,” on IG Live.

“There is no gold in this river that I’ve been washing my hands in forever,” she sings in the lyrics. “I know there is hope in these waters but I can’t bring myself to swim when I am drowning in the silence, baby let me…”

Elsewhere during the Insta Live, Adele opened up about her mental health, revealing that she takes it on a “day-by-day” basis but feels it is currently “very good”.

“My mental health is very good at the moment. I take it day-by-day and I address whatever comes my way,” she told fans. “It definitely helps me feel better if I take my time. Writing my music… yeah it’s been really therapeutic for sure.”

Meanwhile, Adele has reportedly signed to Columbia Records in the UK to release her forthcoming new album.

According to Music Week, Adele will release both ‘Easy On Me’ and ’30’ on Columbia Records in the UK after her contract with XL expired following the release of her third album, ‘25’, in 2015.

While an official announcement has yet to be made, it was previously reported in 2016 that Adele had signed a global deal with Sony Music – Columbia’s parent company – that was worth £90 million.