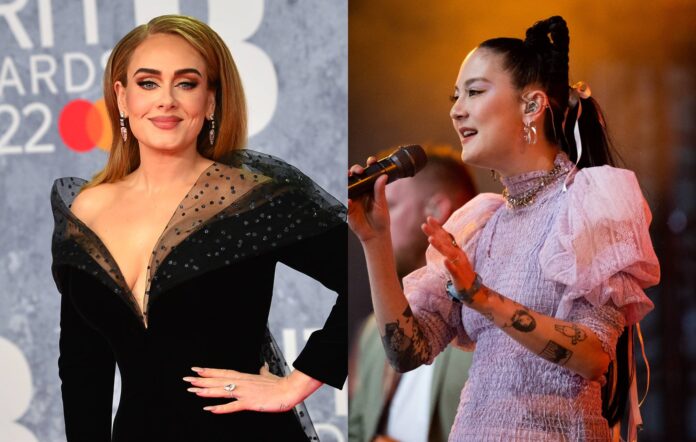 Adele and Japanese Breakfast have both been named on Time‘s 2022 list of the 100 most influential people in the world.

READ MORE: Japanese Breakfast: “This year is about enjoying myself – my number one job is to have fun”

The news magazine’s annual list spotlights the “pioneers, leaders, titans, artists, innovators and icons” of the past year.

Adele is listed under the ‘icons’ category alongside Jon Batiste, Keanu Reeves and Mary J. Blige, with Late Late Show host James Corden writing in support of the singer’s entry.

Japanese Breakfast, AKA Michelle Zauner, is celebrated as an ‘innovator’ along with Zendaya, Taika Waititi and Miranda Lambert.

Questlove, Jazmine Sullivan, Oprah Winfrey, Issa Rae and Quinta Brunson are also named on the Time 100 list for 2022. You can check out the full list here.

Adele performs on stage during The BRIT Awards 2022 at The O2 Arena on February 08, 2022 in London (Picture: Gareth Cattermole/Getty Images)

Posting on her social media channels earlier this month to celebrate her 34th birthday, Adele told her fans that she’s “never been happier”.

“If time keeps healing and smoothing out all the creases in my life like it does as the years fly by, then I can’t wait to be 60!” she wrote. “I’ve never been happier!

“So many lessons, so many blessings to be grateful for. This is 34, and I love it here! Thank you for the birthday love as always.”

Japanese Breakfast, meanwhile, made her Saturday Night Live debut last weekend where she performed ‘Be Sweet’ and ‘Paprika’.