HomeMusicABBA’s ‘Voyage’ Blasts to No. 1 In U.K.
Music 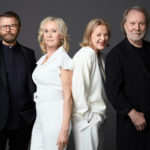 ABBA completes its comeback with an explosive U.K. debut for Voyage (Polar).

Agnetha, Björn, Benny, and Anni-Frid blast to No. 1 on the Official U.K. Albums Chart with Voyage, which rakes-in 204,000 chart sales for week-one. That’s the biggest opening tally for any LP in the U.K. since Ed Sheeran’s March 2017 release Divide.

According to the OCC, Voyage is the fastest-selling album released by a group in eight years, since One Direction’s Midnight Memories back in November 2013. And the Swedish pop superstars are just the fourth act in the past decade to surpass 200,000 U.K. chart sales in release week, following 1D, Sheeran and Adele (25 from November 2015).

With that hot start, Voyage is ABBA’s first studio set to hit the summit in 40 years, and tenth title overall.

Voyage’s U.K. tally is 90% physical sales, including 29,900 on wax, making it the fastest-selling vinyl release of the century, eclipsing the 24,500 first-week vinyl sales of Arctic Monkeys’ Tranquility Base Hotel & Casino in 2018.

Also, reports the charts compiler, ABBA notches a 58th total week at No. 1 on the Official U.K. Albums Chart, an effort bettered by only two other acts in history: The Beatles and Elvis Presley.

With ten No. 1 albums, ABBA are behind only seven acts on the all-time list: The Beatles, Elvis, Rolling Stones, Robbie Williams, Madonna, Bruce Springsteen and David Bowie.

As ABBA-Manics get a long-overdue hit of new music, the foursome’s record-smashing hits collection Gold lifts 16-9 on the current frame. Gold has logged 1,019 weeks on the chart, a feat no other LP can touch.

Further down the U.K. list, Sheeran’s = (equals via Asylum) dips 1-2, and James Arthur scores his fourth Top 3 album with It’ll All Make Sense In The End (Columbia), new at No. 3. Radiohead’s Kid A Mnesia (XL Recordings), a joint reissue of Kid A (from 2000) and Amnesiac (2001), enters the survey at No. 4, for the alternative rock legends’ eighth appearance in the Top 10.