HomeNewsABBA, Adele and Ed Sheeran cause 15 per cent increase in CD...
News

ABBA, Adele and Ed Sheeran cause 15 per cent increase in CD sales 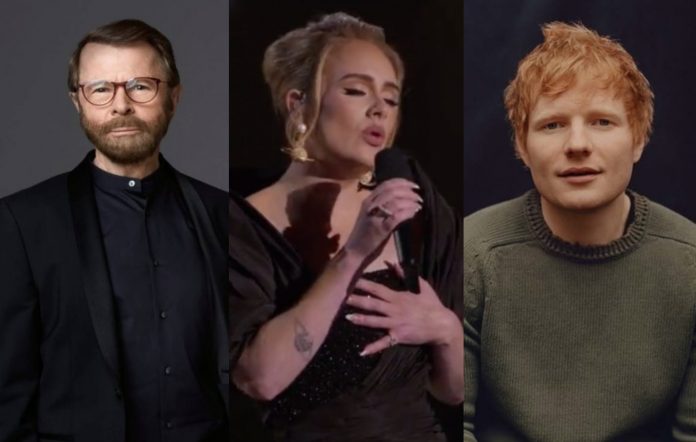 ABBA, Adele and Ed Sheeran are among the artists who have contributed to a surprise revival of the CD format.

According to a new report by Music Week, Q4 sales of CDs has seen a year-on-year increase in the UK of almost 15 per cent. The research compares total sales of the format from chart weeks 40 to 48 (October 8-December 3) between 2020 and 2021.

Besides being helped by the fact that retail stores are open this year and are not subject to COVID restrictions like last year, the turnaround in the performance of CDs has also been driven by the release of albums by ABBA, Adele and Ed Sheeran.

ABBA’s ‘Voyage’, the Swedish group’s first album in 40 years, shifted over 204,000 chart sales in the first seven days of sale last month, earning the fastest-selling vinyl of the century in the process (29,891 copies). However, its sales of CDs across multiple editions were almost five times greater: 148,471.

Other key releases that have contributed to the increase in CD sales in Q4 include Sam Fender’s ‘Seventeen Going Under’, Coldplay’s ‘Music Of The Spheres’, Elton John’s ‘The Lockdown Sessions’, Taylor Swift’s ‘Red (Taylor’s Version)’, and Little Mix‘s greatest hits album ‘Between Us’.

“This year’s Q4 line-up is the strongest it’s been in recent memory,” HMV & Fopp MD Phill Halliday told Music Week. “There really is a huge new release that caters to everyone, with Adele, Ed Sheeran, Little Mix, Taylor Swift, Coldplay and ABBA all bringing out records that their respective fanbases are very excited for. We’re expecting a huge improvement on last Christmas in both footfall and sales.”

The CD revival comes as the format is set for its 40th anniversary for music releases in 2022.

Last month, reports emerged that more than 500,000 copies of Adele’s long-awaited new album ’30’ had been pressed on vinyl – causing a huge backlog and problems in the production line for others wishing to get LPs manufactured with the world’s limited resources.

Figures from the music industry spoke to NME about what’s really causing the delays in manufacturing vinyl and artists getting their albums made, arguing that the blame does not lie at the feet of Adele.

The post ABBA, Adele and Ed Sheeran cause 15 per cent increase in CD sales appeared first on NME.