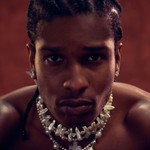 A$AP Rocky has announced the release of his 2011 mixtape Live. Love. A$AP to all streaming platforms in celebration of its 10-year anniversary. The mixtape will be available to stream for the first time ever on Friday, one day before its original release date of Oct. 30.

The acclaimed mixtape was first released as a free download and did not chart until its single — now a staple from Rocky’s catalog — “Peso” made it to Billboard’s Hot R&B/Hip-Hop Songs chart. In January 2013, the rapper released his debut studio album Long. Live. A$AP, which debuted at No. 1 on the Billboard 200 albums chart.

Live. Love. A$AP features appearances from A$AP Mob members A$AP Ferg, A$AP Nast and A$AP Twelvyy as well as regular Rocky collaborators ScHoolboy Q, Fat Tony, Chace Infinite, SpaceGhostPurrp and Main Attrakionz. The streaming mixtape will not include “Keep It G,” “Kissin’ Pink” and “Out of This World” from the original release.

This re-release includes the addition of a new song called “Sandman,” a track with signature A$AP hazy instrumentals and pitched-down ad libs, which first premiered during Yams Day 2021 in January. “Sandman” was produced by Kelvin Krash and Clams Casino, who was a close collaborator on the original mixtape.

The single was also part of the rapper’s NFT collection that featured select pieces and entered fans into a raffle to win one of his testing vehicles from his Injured Generation Tour or a studio visit to listen to his upcoming studio album.

Pre-save the re-release here and see the tape’s full track list below.