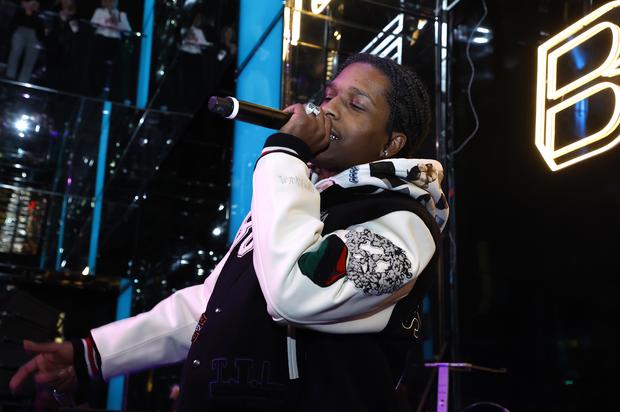 While his date night fits with Rihanna continue to impress fans, A$AP Rocky’s legal troubles continue to serve as a shadow. Back in April, we reported that Rocky was arrested at LAX Airport over an alleged November shooting in Hollywood that involved A$AP Relli, which was allegedly on caught video, as well. Just this afternoon, A$AP Rocky was seen exiting a Los Angeles courthouse after pleading not guilty to the shooting.

The incident shook up the A$AP Mob, with A$AP Bari accusing A$AP Relli of snitching from the inner circle to get Rocky arrested. It was also a significant speed bump in the “Praise the Lord” MC’s relationship with R&B superstar Rihanna, as it was an unfortunate ending to their Barbados vacation and almost caused their baby shower to be delayed.

As far as his current charges, Rocky is being tried for two counts of assault with a semi-auto firearm. The story goes that the rapper was having an argument with the victim and, in a separate incident, used the weapon he threatened the victim with earlier. A$AP Relli is also undergoing “intensive therapy” after being bombarded with accusations of ratting on Rocky.

In the video of Rocky emerging from the courthouse, he does not appear fazed by the group of cameras and reporters around him. You can hear one of them ask, “A$AP, can you prove your innocence, you think?” There’s no audible response from the 33-year-old, and it’s unlikely that we’ll hear new details directly from him in this legal battle. For now, stay tuned to HotNewHipHop for the latest updates from this story.