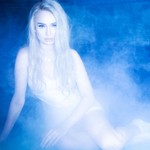 With Halloween just a few days away, music fans are already hard at work finding the right songs to put them in a spooky mood for the sinister season.

While Christmas may be the undisputed ruler of holiday-themed tunes, Halloween certainly has its fair share of classics that pop up every season. Whether fans are breaking out their red leather jackets to dance to “Thriller,” throwing it back for “Monster Mash,” or getting gory to Yeah Yeah Yeah’s “Heads Will Roll,” the spooky season boasts a great deal of haunting hymnals for fans to dance (’til they’re dead) to.

One demographic in particular that loves the ghoulish celebration is, of course, the LGBTQ community. Dubbed “the great gay holiday” by poet and author Judy Grahn, Halloween serves as a sort of Gay Christmas, with LGBTQ people everywhere reveling in the opportunity to get dressed up, go out and paint the town red.

So, Billboard took a closer look at the songs we celebrate the season with and picked just a few of ur favorite bewitching bops performed by queer and trans artists. Take a look at our spine-chilling selections below:

Pop singer Kim Petras has made it her mission to give fans plenty of dance-tinged bops for All Hallows’ Eve. With her 2019 album Turn Off The Light, Petras carefully penned 18 songs that would put fans in the mood for their hair-raising celebrations. While there is often debate over fans’ favorites off of her preternatural project, “Close Your Eyes” (originally released on her 2018 EP  of the same name) still takes the cake to this day — with an infectious dance beat accompanying Kim’s blood-curling vocals, the single sees the songstress bringing all of the horror to her musical stylings. “There’s no way you’ll make it out alive,” she wails on the chorus — and you won’t want to after hearing this bloody banger.

Much like Petras, Ashnikko has made a tradition out of releasing a spooky single every year since 2018. While her previous three tracks certainly bring the “ahh!” factor, the rising star’s latest addition to the series brings some new meaning to the term “gruesome.” Interpolating the melody of “In the Hall of the Mountain King,” “Halloweenie IV: Innards” manages to toe the line between horror and alt-pop perfectly, as Ashnikko sings about skin suits, ten-foot tongues, party-loving ghouls and much much more.

Tegan and Sara, “Walking With a Ghost”

Indie pop duo Tegan and Sara are likely not the first group you think of when it comes to Halloween — but take another listen to their 2007 track “Walking With a Ghost,” and you’ll get a little taste of that haunting spirit. A classic breakup ditty from the Canadian star duo, “Walking With a Ghost” sees the pair embracing the inescapability of a bad relationship, and personifying it with some spectral imagery — transforming what could have been another one-off, spooky single into a supernatural jam.

Looking for something a smidge more intense this Halloween? Pvris has you covered with “Monster,” a skittering, slinky rock track that sees frontwoman Lynn Gunn embracing aa horror-core aesthetic to deliver her unnerving message. Filled to the brim with gothic inspiration, Gunn sings mainly about negative feedback, but thanks to the relentless guitar riffs, the macabre turns of phrase, and a spine-chilling, whispered bridge, “Monster” quickly crawls under your skin in the best way possible.

When it comes to getting scary, Halsey decided it’s easier to just get real. Enter “Nightmare,” the singer’s 2019 single that saw Halsey taking society to task for its continued mistreatment of women, while declaring that they could be a real nightmare to the world if they felt like getting revenge. Underlined with shredding guitars and a fierce drum section, “Nightmare” brings the horror to everyday oppression — a feat that an artist like Halsey is particularly well-suited for.

Phoebe Bridgers may be a fan of dressing like it’s Halloween, but that doesn’t mean that her songs are all filled with spookiness. Despite its title, “Halloween” doesn’t actually delve into the scary side of the season, but rather sees Bridgers taking her introspective songwriting to the next level. Some lines may indicate an eerie sensibility (the song’s opening observation about hospitals certainly achieves a certain level of darkness), but “Halloween” focuses much more on Bridgers trying to resurrect a dead relationship. For those looking for a low-key way to ring in the season, Phoebe Bridgers has the solution for you on this gorgeous cut.

Ready to get possessed by the beat of a creepy track? Hayley Kiyoko is on the job with “Demons,” a grimy, ominous single from 2019 that sees Lesbian Jesus in need of some divine intervention. Trading in her typically-ethereal soundscape for a glitching beat under a sickening bassline, Kiyoko contends with her inner demons throughout the track, while giving fans the chills with some truly terrifying lyrics. “Please forgive me, I’ve got demons in my head,” she sings in a sinister voice on the chorus. “Tryna eat me, tryna feed me lies until I’m dead.”