HomeMusic3 HBCU Alums to Be Honored at 2021 ASCAP Women Behind the...
Music 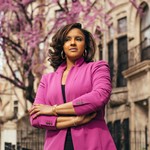 Motown’s Jamila Thomas, Columbia’s Phylicia Fant, and entertainment attorney Alicia Ferriabough Taylor, Esq. will be honored at ASCAP’s 2021 Women Behind the Music event, which is set to take place on Wednesday (Oct. 27).

In an event titled “Women Behind the Music: Homecoming Edition,” ASCAP is set to host a virtual conversation “between the three women whose talent, drive and passion have powered some of today’s most popular music,” the performing rights organization shared in a statement.

Thomas, Fant and Ferriabough Taylor have all attended HBCUs, and are slated to “speak candidly about how they rose to the top of their class in a male-dominated business and the decisions they made to get them where they are today,” the release notes.

As vp of marketing at Motown Records, Thomas co-founded #TheShowMustBePaused in 2020. A graduate of Clark Atlanta University, Thomas got an early start as an intern at Def Jam records.

After working with such top artists as Prince, Kid Cudi and Daniel Caesar, Fant is executive vp/head of urban music at Columbia Records and is a Spelman College alum. At Columbia, she oversees a roster of talent including Lil Nas X, Raphael Saadiq, Pharrell, Chloe x Halle, Polo G and Lil Tjay.

Ferriabough Taylor is a fellow graduate of Spelman College, and currently practices at the law offices of Robert A. Celestin. With a decade of experience, she has has advised recording artists, producers and songwriters in entertainment-related matters including music distribution, licensing, management and media. Before earning her JD at Northwestern University School of Law, she played snare drums for the Morehouse College Marching Band and trap set in the Spelman College Jazz Ensemble.

The conversation is set to take place on Oct. 27 at 3 p.m. ET. Visit ascapexperience.com/rsvp to register for the event.