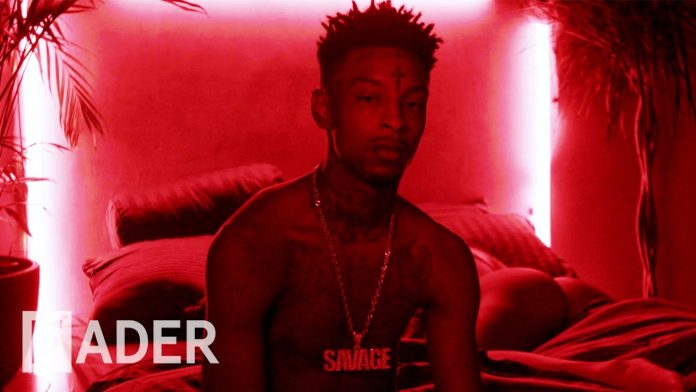 21 Savage is best known for his gritty street tales, as heard on beloved cult mixtapes like last year’s The Slaughter Tape and Slaughter King. In recent months, he’s also become known for his meme-status dagger tattoo, inked on his forehead in memory of a fallen friend. But on “Feel It,” the slow-burning, love-and-loyalty anthem taken from Savage Mode, this summer’s collaborative project with Metro Boomin, 21 Savage is another man entirely. I’m a savage to these niggas but to her I’m gentle, he raps over a sedate beat, co-produced by Metro and Zaytoven. “I wrote something that street niggas can relate to. At the end of the day we all wanna go home to someone loyal,” he told The FADER.

Today, 21 Savage & Metro Boomin are sharing a romantic video for the song, produced by The FADER and shot between East Atlanta’s Zone 6 and on the city’s south side. In the clip, it’s love at first sight for the young rapper, who goes about winning a beautiful woman’s affections after glimpsing her with another man. Soon, the pair is cuddling and cupcaking, as his love interest, played by Kat Amour, joins him on his usual endeavors of counting stacks of cash in bed and cruising through the city.

Watch the video above. And if you’re in New York, check out Metro Boomin and 21 Savage live on November 4 at a special concert called Young Metro Don’t Trust Trump. All proceeds from the show will go towards a scholarship fund established by Metro to send a St. Louis student to Morehouse College every year.