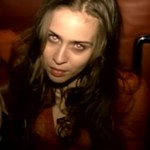 Decades ago, DJs tried to find hooks so tricky from records so obscure that no one but the biggest heads would recognize the source. Soon, figures like Sean Combs realized flipping a familiar hook — sometimes sampling it directly, and other times just swiping the melody and/or lyrics for a newly recorded re-interpretation — was an easy way to get a party started.

Today, interpolating an old hit serves a myriad of purposes. For the unfamiliar audience, it’s a pre-tested hook. For the familiar, it’s an unexpected flashback and earworm. It might even be a news hook, with olds shaking their first at the irreverent audacity (and, sometimes, the reminder of how old they are) while the young enjoy the history lesson (and the troll).

Here’s ten hits from the 90s that deserve another run at the charts, and the young artists of today who might be most appropriate for their re-appropriation.

To be interpolated by: Olivia Rodrigo

Rodrigo’s had to sign over some expensive credits as people note similarities between her work and her influences. One way to get out of the jam — just interpolate right away! While Rodrigo’s rock numbers are more emo than grunge, following “good 4 u” with the “oh oh WA-oh” from Better Than Ezra’s biggest hit “Good” feels like a no-brainer. It’s a simple, perfect hook to wrap her elaborate anguish around, and an easy way to grab the attention of fans’ parents.

To be interpolated by: Meghan Trainor

Meghan made hay co-opting Marvin Gaye’s good name with her Charlie Puth duet in 2016. If she’s looking for a spiritual sequel, she could use Rod Stewart’s 1991 hit to celebrate a lover’s retro vinyl collection. Or she could change the hook to “bring over your old Motown playlists” and snag a corporate tie-in. The Temptations are still available to repeat their cameo, too — even if only one member was around for the classic years, and only two were still around in 1991.

To be interpolated by: Dua Lipa

Dua Lipa doesn’t need pop culture signifiers to have a big club hit, but if a single could use a little more novelty — like her Future Nostalgia single “Love Again,” which borrowed a trumpet loop from Al Bowlly’s “My Woman” via White Town’s ’90s smash “Your Woman” — it couldn’t hurt to incorporate Madonna’s 1999 Austin Powers: Spy Who Shagged Me soundtrack smash into a floor filler. (The video treatments writes itself!) Granted, Madonna got accused of interpolating “She Comes in Colors” by psychedelic ‘60s cult icons Love for the mojo’n’mellotron number. Madge denied even knowing the band, but it could well become a legal matter again.

To be interpolated by: Harry Styles

This breakthrough 1992 hit for the former Miami Sound Machine back-up singer has two different elements perfect for Styles — a yearning, desperately romantic chorus, as well as an insistent rhythm track that could carry any melody Harry and his team want to give a zhuzh.

Long drifting between hip-hop and classic rock signifiers, it’s time for Post Malone to truly go ham on us, and the “Kashmir” of the alternative rock era would be a perfect interpolation for him (think Puffy co-opting “Kashmir” itself for 1998’s “Come With Me”). The riff is a crusher and “let me ride” is a timeless sentiment. As for the peculiar lyrics, Malone could always request “more weed” instead of “more feet.”

To be interpolated by: Maren Morris

En Vogue didn’t last long on the pop charts after losing Dawn Robinson to a solo career, but their first single as a trio, 1997’s “Whatever,” is an underrated jam hooked around what sounds like an EKG meter and some ghostly “bum bum bum”s. Country star Maren Morris — or any singer looking for a solid, ominous groove to buttress their next tell-off — should scoop it up.

To be interpolated by: Megan Thee Stallion

Nothing would tell people you’re a bad, bad girl like taking the opening piano chords of Fiona’s biggest hit and flipping them, the way Blackstreet flipped Bill Withers’ “Grandma’s Hands” into “No Diggity.”

8. Citizen King, “Better Days (And the Bottom Drops Out)”

To be interpolated by: Lana Del Rey

Critics in denial may keep their fingers in their ears, but Lana has long plead allegiance to the chillax SoCal sound of the 90s, writing umpteen odes to Californication and straight-up covering Sublime. So it would be easy as hell for her to take this once inescapable radio jam from 1999 and spin her own tale about the bottom dropping out. Just don’t tell anyone the band’s Sugar Ray-esque mix of acoustic guitar and drum loops actually came out of Milwaukee.

To be interpolated by: Kane Brown

As impressive as Kane’s track record of hits has been, he could use something lively to break up all the ballads. Though few brought up country at the time, INXS’s 1990 hit sounds like a left-field bit of boot-stomp honkytonk today, and Brown could still maintain his cool drawl over that groove. And if Kane isn’t interested, any country hunk would benefit from resurrecting that ear-catching harmonica solo.

To be interpolated by: Shawn Mendes & Camila Cabello

Everybody’s favorite Top 40 lovebirds could probably make a smash out of any Roxette song, but “Dangerous” — which hit No. 2 on the Billboard Hot 100 in 1990 — might be the Swedish duo’s most enduring uptempo number, and one the “Senorita” sweethearts could have a lot of fun with.